Tuesday to Saturday from 2 to 7 pm and by appointment

Retrospectieve - Introspectie: the fourth installment of a special yearlong project by renowned Belgian artist. His work, marked by its critical intelligence, blurs the boundaries between aesthetics, politics, and sociality, and major and minor art forms. 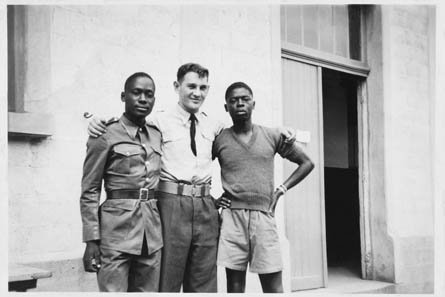 Erna Hecey Gallery is pleased to present the fourth installment of a special yearlong project by renowned Belgian artist Jef Geys. During a one-year period, Jef Geys will create a room in the basement of the gallery in which he will show a selection of old and new works. A retrospective-introspection, in the words of the artist, Geys's chambre is conceived as a shifting solo exhibition, an opportunity to reflect on past productions while proposing and experimenting with new ideas.

The room is approximately 3 x 4 meters with a door-sized opening at the front of the space. Around every two months Geys will present a different arrangement of works. Geys's fourth chambre features his work using proper names. “Geys was one of the first artists in the 1960's not only to identify the artwork with a proper name, but to make of his own name a work—Jef Van Dijck, Marc Callewaert, Betty, Lola, Jef Sleeckx are all proper names which refer sometimes to works, sometimes to nothing other than the name itself. With this proliferation of proper names Jef Geys multiplies the minor identities which are the very material of his oeuvre From Marie-Ange Brayer, Du sujet aux identites nominees

Jef Geys is one of Belgium's most esteemed artists. Known for his critical approach to institutions and talent for evading easy classification, Geys' work is informed by his experience teaching visual arts to young students in Balen in the 1960s. Since he appeared on the art scene at the beginning of the 1960s, Geys has conceived his entire oeuvre as an evolving project combining a conceptual attitude, educational activity and formal experimentation. His work, marked by its critical intelligence, blurs the boundaries between aesthetics, politics, and sociality, and major and minor art forms. Geys has exhibited in many important institutions around the world. Past exhibitions include International Center of Photography, New York, NY, USA (2008); Orchard Gallery, New York, NY, USA (2007); IAC Villeurbanne (2007); Pori Art Museum, Pori, Finland (2005); Van Abbemuseum, Eindhoven (2004); Documenta 11, Kassel (2002); Le College-Frac Champagne-Ardenne (1995); Palais des Beaux-Arts, Brussels (1992); and São Paulo Biennial (1991). Last year he participated in the Deep Comedy; show at Marfa, Texas, curated by Dan Graham with Sylvia Chivaratanond.