The most expanded space will be dedicated in the show to artists whose works are directly connected to our everyday existence, such as it displays itself in the works by Huang Shih-chieh, Shimabuku, Takuma Nakahira, Davide Rivalta, Emanuele Becheri, Wael Shawky and in the hosting services by Arabeschi di latte. But there will be also space for the suggestions implied in the world of nameless aspirations, like in Montien Boonma and Nim Kruasaeng. Curated by Pier Luigi Tazzi. 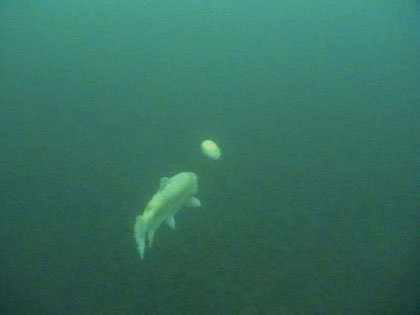 The project ALL OUR EVERYDAYS aims to make the space of the gallery a place of experiences better than a mere display of artworks.

The main point of reference for the concept of this show has been a sum of impressions based on some specific characters of the Buddhist temple in Thailand. Not taking in consideration its architectural structure that nevertheless is of primary and distinctive importance, here we have been considering its internal functional aspects. The most spatially extended consists of the dense presence, on one hand, of decorations, in form of paintings, sculptures, symbols in any kind of matter, and, on the other hand, of objects from everyday life use, from food through figurines. This part seems to correspond to a sort of “lower world” according to the tripartition described in one of the main texts in the Thai cosmological tradition, Trai phum phra ruang (The Three Worlds of Lord), originally composed in the reign of King Lithai of Sukhotai (1347-68) and revised several times as late as 1820s: a “world inhabited by humans as well spirits, demons and deities” . The other and far the most important one, the reason itself of the very existence of the temple, consists in the statue of Buddha. That is not like in the European religious buildings a figural representation of God but an iconic indication of a way towards the perfection of being. This part seems to correspond to the second world described in the text we referred to above, a world “centred on Mount Meru” as the symbolic aim of any spiritual aspirations. In the quoted text the third world is “the formless world or realm of perfection” .

Art is busy with forms. Thus the project of this show does not intend to refer to all these three worlds, but just to the first two of them where the form is implied, even if in reciprocally different terms. The gallery itself as an established institution for art in modern times has a very similar meaning to the institution of the temple for spiritual and religious practices in any human culture. Thus a series of parallelisms takes place.

The most expanded space will be dedicated in the show to those artists whose works are more directly connected to the “lower world”, the world of our everyday existence, such as it displays itself in the works by Huang Shih-chieh, Shimabuku, Takuma Nakahira, Davide Rivalta, Emanuele Becheri, Wael Shawky and in the hosting services by Arabeschi di latte.
But there will be also space for the suggestions implied in the second world, the world of nameless aspirations, like in the works of Montien Boonma and Nim Kruasaeng.

All these works together - most of them will be realized by the artists during their stay in Bangkok – are contained inside the gallery, conceived as the place where art, this specific manifestation of the human spirit, manifests itself better a space to display its products.
Nevertheless it appears necessary also to establish a link with the external world, the very context where everyday life takes place. So that this link is previewed to be realized by the commission of two other kinds of works: one in the form of an announcement, better than an advertisement, through a work by Surasi Kusolwong, being it a poster; the other one in the form of an event by Emanuele Becheri called Quel che resto del fuoco (Remains from the fire), that will take place in an open space close to the gallery on the last day of the exhibition.

The works presented in the show make use of different media, from the most traditional ones, like sculpture (Becheri), painting (Montien, Nim) and drawing (Rivalta, Shawky) through graphic design (Surasi), photography (Takuma), video installations (Huang, Shimabuku) and relational actions (Shimabuku, Arabeschi di latte).
The artists are from different countries (Thailand, Italy, Japan, Taiwan and Egypt) and belong to diverse generations (from Takuma through the young architects of Arabeschi di latte). This diversity aims to present a diffused sensitivity that is the new wealth of the present status of the world and of its art. The new Bangkok as a location fits with the vision that this project implies.

Image: video still from "Fish and chips" (2006) by Shimabuku