The Adventure of Contemporary Design 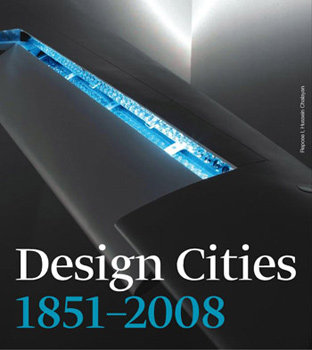 Organized by Istanbul Modern in association with Design Museum, London the Design Cities exhibition brings together works by leading designers of the world, which reflect the history of design from mid-19th century until today and transform the concept of universal design. The exhibition features a full range of objects from textiles and fashion to industrial pieces, furniture and prints and draws together the key elements of design, mass and individual productions, as well as high technology, new materials and communication in this field. Curated by the Design Museum director Deyan Sudjic, Design Cities exhibition includes 109 works by 64 designers and 12 products of 7 brand names. The exhibition will be open between 23 April and 10 August 2008 at Istanbul Modern and will travel to the Design Museum, London between 5 September 2008 and 14 January 2009.

Design Cities tells the story of contemporary design through the focus of seven key cities, in each case looking at their decisive roles in the development of design. While focusing on how specific moments in the history of cities contributed to the evolution of design, the exhibition investigates the ways in which design has shaped contemporary culture.

The exhibition will feature a full range of objects from textiles and fashion to industrial pieces, furniture and prints. It will include design classics such as chairs by Charles and Ray Eames, as well as work by a spectrum of designers that together will evoke an impacting impression of their era.

The exhibition starts by going back to London in 1851, at the time of the Great Exhibition, the embodiment of high tech, and prefabrication that was both admired, and abhorred in its time. It ends with the London of the present day, a city that is once again a global centre for design of all kinds. Between the two, the exhibition focuses on six cities, Vienna, just before World War One, when the language of modernity first started to take shape, then Dessau, the small town in Germany that built the Bauhaus, the most famous school of design the world has ever seen. Paris in the 1930s was the city that became the capital of visual culture, where both Picasso and Le Corbusier made their homes. In the post war years, Los Angeles, where Charles Eames built his supremely elegant studio and house was the epitome of the American century. In the 1960s, leadership in contemporary design moved to Milan. And in the 1980s Tokyo made its presence felt, moving beyond the moral certainty of European industrial design, toward a more playful approach. Finally, returning to present day London which is once again the world’s leading centre for design, the base for Ron Arad and Ross Lovegrove, Jasper Morrison and many other leading contemporary designers.