Modern Life in Vienna 1900. A comprehensive exhibition of Gustav Klimt's work to celebrate 2008 as European Capital of Culture. It will explore Klimt's role as the founder and leader of the Viennese Secession whose philosophy embraced art, architecture, fashion, dazzling decorative objects and furniture in their search for identity. Major paintings and drawings from all stages of Klimt's career will be shown alongside the work of Josef Hoffmann, the architect and designer and a close friend of the artist. 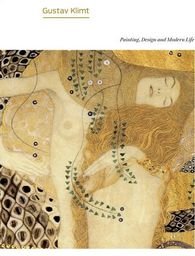 This summer, Tate Liverpool will present a full-scale reconstruction of The Beethoven Frieze (1901-2 / 1984) a monumental installation by Gustav Klimt. The Frieze is a major highlight of Gustav Klimt: Painting, Design and Modern Life in Vienna 1900, the first comprehensive exhibition of Klimt’s work ever staged in the UK and a key event in Liverpool’s programme for European Capital of Culture 2008.

The Beethoven Frieze was created by Klimt for an exhibition in 1902 and is now permanently installed in the Secession building where it was originally presented in Vienna. This exquisite reconstruction was created using the same techniques as applied by Klimt himself as the original Frieze, a masterpiece of 20th century art, underwent restoration. The Frieze celebrates the unification of all arts – painting, sculpture, architecture and music - and is a prime example of the “Gesamtkunstwerk”, the concept of the total work of art pioneered by Richard Wagner and influential in Vienna around 1900.

The exhibition recreates the sophisticated world of Klimt and his patrons in Vienna around 1900 at the juncture between art, architecture and design, when this intriguing figure was at the epicentre of a cultural awakening sweeping the city. It explores the relationship between Klimt as a leader and founder of the Viennese Secession (founded 1897) and the products and philosophy of the Wiener Werkstätte (Viennese Workshop, founded 1903) – a highpoint of 20th century architecture and design. Klimt played a critical role in the Viennese Secession, a progressive group of artists and artisans driven by a desire for innovation and renewal. The work and philosophy of the Secession embraced not only art but architecture, fashion and the decorative objects and furniture of the Wiener Werkstätte, demanding the emancipation of fine and applied art in stunning environments.

The exhibition features not only major paintings, drawings and graphics by Klimt but also a wealth of furniture, design and silver objects, jewellery, fashion, graphic design and documentary material assembled from across the world. It addresses for the first time, in depth, the critical question of the relationship between so-called fine art and applied art in the reception of Klimt’s work and the question of the architectural and spatial staging of his paintings. The architect and designer Josef Hoffman, Klimt’s close friend and collaborator and co-founder of the Wiener Werkstätte, created extravagant interiors for many of Klimt’s most important patrons and collectors. The juxtaposition of Klimt’s painting with the sophisticated world of the Wiener Werkstätte will provide a synthesis of his art with the design and living culture of Vienna, illuminating the critical role played by the artist's leading supporters and their search for identity at the turn of the century.

The exhibition presents key paintings and drawings in settings that approximate their original presentation in which works of art were integrated into fully designed environments. The Portrait of Hermine Gallia (1903-4) can be seen in Europe for the first time since the 1930s within the context of the magnificent silver objects and furniture ensembles designed by Josef Hoffmann for the family. What emerges is a fascinating world of both luxurious opulence and refined simplicity. The exhibition also pays homage to the formative impact of the British arts and crafts movement in Vienna at this time and on the foundation of the Wiener Werkstätte, reflecting the influence of British artists such as William Morris, Charles Rennie Mackintosh and Frances Macdonald Mackintosh.