Tuesday to Sunday and public holidays: 9am - 8pm. Closed Mondays 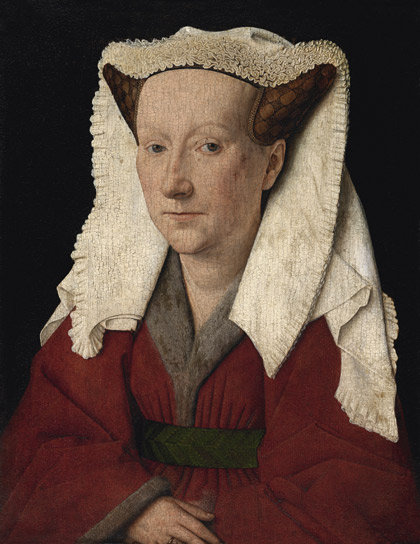 The Prado Museum presents a grand exhibition on European portraits dating from the 15th and 16th centuries. This exhibition is organised in collaboration with the National Gallery of London, where a different version of the event will be presented in October, and sponsored by the AXA Foundation. It traces the development of portraiture throughout this period in which the genre evolved and flourished, including masterpieces that reflect the achievements of the art scenes of the day in both Northern and Southern Europe. It brings together nearly 130 works of 70 major artists, almost half of which come from other international institutions. All of the great names of the Renaissance are featured, from Jan van Eyck and Rubens to Dürer, Titian, Raphael, Botticelli and Holbein. Never before have been gathered together such a large selection of Renaissance portraits, nor such a range of different artists and works of a different nature. In this respect, this exhibition provides a unique overview that features many of the best works by each of the artists involved, including some of the most beautiful images of the entire Renaissance period.

From kings to dwarves
A range of key aspects relating to the field of portraiture are explored, such as questions concerning likeness, recollection and identity. Portraits commissioned for reasons of courtship, friendship and marriage are studied as well as self-portraits, which enable us to observe the immense variety of personal approaches that artists adopted when it came to depicting their own image. The evolution of court portraiture is a key theme, offering visitors the opportunity to admire a collection of paintings by Titian and Antonio Moro, alongside sculptures by Leone and Pompeo Leoni, which established a model that was destined to remain largely unchanged for centuries. The exhibition also tackles the physical and conceptual limits of the portrait, addressing aspects such as 'counter-portrait' and depictions of the 'anti-ideal'. Contrasting with the grand figures for whom portrait painters very often worked, this section includes portraits of court jesters and dwarves, as well as satirical depictions in which artists were able to demonstrate their skills in achieving a likeness whilst remaining free from the restrictions inspired by idealisation.

Follow the leaders: Italy and Flanders
The first section analyses the factors that led to the emergence of the modern portrait: on the one hand, the Medieval tradition, represented by dynastic series, icons and the naturalism of Gothic art; on the other, the rediscovery of the Classical world. During the 15th century we can observe a series of trends that reflect the typological and conceptual differences between the grand centres for portraiture, Italy and Flanders. This process culminated in the early 16th century and made portraiture the pictorial genre of the Renaissance that was best equipped to facilitate a more lively connection between the work and the onlooker. Some of the most significant works gathered are Margaret, the Wife of the Painter by Jan van Eyck (Groeninge Museum, Bruges); Portrait of a Man by Antonello de Messina (Thyssen Bornemisza Museum); Federico Gonzaga, First Duke of Mantua by Titian (belonging to the Prado and restored to mark the staging of this exhibition); and the portrait entitled Old Man with His Grandchild, by Domenico Ghirlandaio (Musée du Louvre), which visitors will be able to see for the first time alongside another work by the same artist, Giovanna degli Albizzi (Thyssen Bornemisza Museum).


More portraits, bigger portraits
The exhibition reveals two constant themes relating to the development of Renaissance portraiture: its gradual "democratisation" (initially limited to the privileged classes, the genre ended up by encompassing the entire social spectrum) and the increase in size of the portraits (the earliest examples were to be contemplated and then stored away in a chest while the latter were commonly hung on walls). Portraiture also offered the painter an ideal realm for experimentation, including self-portraits. In this respect, few depictions are more sincere or daring than some of the works included in this exhibition. In the last section of the exhibition, which is devoted to the Court Portrait, we can observe the gradual homogenisation of this type of portraiture after 1550, based on the models developed by Titian and Anthonis Mor for the Habsburgs. Tackling further questions, such as how portraits were made and the role of printing in the dissemination of portraiture, the exhibition seeks to show that the Renaissance was not only the period in which portraiture was born and in which it developed, but also the age in which portraits achieved sublime heights of sophistication and
maturity.