'Landscope' is a group exhibition curated by Matthieu Poirier. It brings together works by 19 artists of 8 different nationalities to explore the notion of landscape. 'Malpais': escaping any easy categorization, Jules de Balincourt's work can be at once figurative and abstract, narrative and dream-like, down-to-earth and mysterious. Jeon Joonho's 'Hyper Realism' includes a series of video and sculptures about human decay, coupled with the iconography of religious ritual. 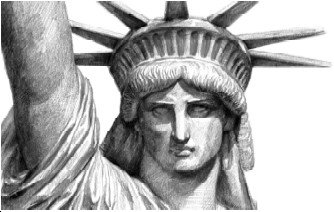 Galerie Thaddaeus Ropac is pleased to announce a group exhibition curated by Matthieu Poirier. The exhibition will bring together works by nineteen artists of eight different nationalities to explore the notion of landscape.

Landscope, the exhibition and book, intend to call into question the art historical precedent of the correlation between landscape and drawing. The exhibition thus assembles, in two successive shows (Paris and Salzburg), over one hundred works, often in atypical formats, by artists for whom drawing is often just one medium among others, and landscape, a nonexclusive genre. Under the neologistic title “Landscope” – a contraction of “landscape” and “scope” [from the Greek skopein “to behold, to observe”], landscape is regarded as both a site and a view.

The landscapes brought together here are often natural, yet reject conventional narrative or narcissistic themes. As in the mirror-like illustrations of Maeterlinckʼs dream of a theatre without actors, these scenes systematically exclude all human presence and thus contribute to the establishment of a scenography of absence, of a paradoxical phenomenology of emptiness. Even if these landscapes are completely deserted, they nevertheless remain “event-scenes paysages dʼévènements” (Paul Virilio), genuine locations, resulting most frequently, from the collision of formal, logical and scopic motivations, rather than as a result of a narrative. Chosen here for its manifest artificiality and its necessarily dialectic relationship with the world, drawing appears as the indispensable tool for reconsidering this notion of landscape as well as the related themes of perspective, space and representation. It is not so much the spatial landscapes that are observed here, but through their archetypal characteristics, the very notion of landscape itself.

Galerie Thaddaeus Ropac is very pleased to announce Jules de Balincourtʼs first solo show at the gallery showcasing new paintings by the French, Brooklyn-based artist.
Escaping any easy categorization, Balincourtʼs work can be at once figurative and abstract, narrative and dream-like, down-to-earth and mysterious.

Heavily influenced by American culture, Balincourt has often depicted the contradictory facets of the United Statesʼ social, political and economic landscapes. In some of the works, the artist clearly addresses us with simple painted phrases, such as Your Technology Fails Me, or sends us a message to Coexist. For Balincourt, “the text serves as a grounding element in which the purely formal attributes of the abstract paintings are negated, creating a sort of visual and logical conflict or resolution.”

In other works, he appeals to our yearning to escape, either to exotic, tropical beach settings, or through the image of Clint Eastwood as the lone cowboy in a Western movie. Balincourtʼs universe is built out of powerful imagery, in vibrant colors, often depicting scenarios of urban or social utopias.
Jules de Balincourt was born in 1972 in Paris and moved to the United States in the early 1980s. After obtaining his BFA in 1998 from the California College of Arts in San Francisco, he moved to the East coast and graduated from Hunter College in 2004 with Masters degree in Fine Arts Master.

He has participated in several important group shows, such as Greater New York held at PS1/MoMA (2005); Notre histoire… at the Palais de Tokyo in Paris (2006); Art in America: 300 Years of Innovation at the Guggenheim Bilbao in Spain (2007) and USA TODAY at The Hermitage in St. Petersburg, Russia (2007). He also participated in a group show entitled Down by Law as part of the 2006 Whitney Biennial in New York. His works are included in public collections of the Brooklyn Museum, the Los Angeles County Museum of Art and the Museo di arte moderna e contemporanea di Trento e Rovereto in Italy, among others.

Galerie Thaddaeus Ropac is pleased to present Korean artist Jeon Joonhoʼs first show in the galleryʼs project room, which will feature a video work as well as a sculpture.

In the digitally animated video piece, Panic Disorderius (2007), as in all of Jeonʼs works, meaning lies in the details. Icons of American culture, politics, and global capitalism are symbolically charged surfaces that the artist manipulates through the addition of figures, or, equally, the erasure of selected elements. In this work, showing the Statue of Liberty, the artist suddenly zooms in to two male figures—identical twins bearing the artistʼs visage— embracing in the crown, challenging the viewer to question the complexities that often lie beneath such iconic, yet often essentializing, symbols.

Jeonʼs sculptural work consists of a mummified body clutching an animated version of an Old Master painting. A crucified figure of Christ drips blood while lightning bolts flash in the distance. This immediate encounter with both stagnant and animated human decay, coupled with the iconography of religious ritual, invites one to confront the relationships between the mortal, human self and religious faith.

Jeon Joonho was born in 1969 in Busan, South Korea. He graduated in 1997 with a Masters degree from the Chelsea College of Art & Design in London. He has had important solo shows at the Arario Gallery in Korea (2008), at Perry Rubenstein Gallery in New York (2007) and at the Pasco Arts Museum in Seoul (2004) and has participated in several group shows. In 2007 he was awarded the Grand Prix of the 27th Biennial of Graphic Art in Ljubljana and won the 2004 prize at the Gwangju Biennial. His works are included in public collections of the Contemporary Arts Museum in Houston, Seoul Museum of Art and the Guggenheim Museum in New York.