Moscow Conceptualism grew out of the independent, unofficial Moscow art scene of the 1960s, 1970s and 1980s and is considered the most important Russian art movement of the second half of the twentieth century. It is a unified, relatively clearly defined movement that consciously sets itself apart from the rest of Russian art. This exhibition presents about 130 works by 30 artists, including Erik Bulatov, Ilya Kabakov, Vitaly Komar & Alexander Melamid, Alexander Kosolapov, Igor Makarevich, Elena Elagina, Andrei Monastyrski, Boris Mikhailov, Dmitri Prigov, Leonid Sokov and Vadim Zakharov. 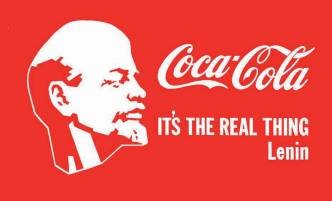 The art which we know as Moscow Conceptualism emerged in the 1960s, and the performances, installations and texts of the Moscow Conceptualists constituted a critical reflection on Soviet imagery. As artistic endeavor in the Soviet Union was subject to strict ideological censorship, the activities of this group of artists were perceived as a kind of political provocation, for these artists usurped for themselves the privilege of interpreting art and society, which was supposed to be the sole provenance of the Communist Party. This exhibition presents about 130 works by 30 artists, including Erik Bulatov, Ilya Kabakov, Vitaly Komar & Alexander Melamid, Alexander Kosolapov, Igor Makarevich, Elena Elagina, Andrei Monastyrski, Boris Mikhailov, Dmitri Prigov, Leonid Sokov and Vadim Zakharov. As early as 1992, the Schirn Kunsthalle Frankfurt undertook a fundamental appraisal of the Russian avant-garde with its exhibition “The Great Utopia,” and explored the art of the subsequent Stalinist period with the show “Dream Factory Communism” in 2003. With “Total Enlightenment,” the Schirn Kunsthalle is now staging its third exhibition of Russian art, and has thus comprehensively documented and analyzed all of the most important artistic trends of the twentieth century in Russia and the Soviet Union.

“Total Enlightenment. Moscow Conceptual Art 1960–1990“ is sponsored by WINGAS GmbH, and received additional support from Hessische Kulturstiftung. In the Russian art community, Moscow Conceptualism is considered the most important Russian art movement of the second half of the twentieth century. It is a unified, relatively clearly defined movement that consciously sets itself apart from the rest of Russian art; it is a movement that has an easily identifiable esthetic for the Russian viewer, and even possesses a quasi-institutional internal organization. In the West, by contrast, even though individual representatives of this group, such as Ilya Kabakov, Erik Bulatov, Vitaly Komar and Alexander Melamid, Andrei Monastyrski, Vadim Zacharov, Pavel Pepperstein and Yuri Albert, are known, there has to date been no attempt to place the group in an art historical context through an exhibition.

Moscow Conceptualism grew out of the independent, unofficial Moscow art scene of the 1960s, 1970s and 1980s. This scene emerged in the larger cities of the Soviet Union almost immediately after Stalin’s death in 1953. Although tolerated by the authorities, it was cut off almost entirely from the official exhibition circuit and the state-controlled mass media. The name “Moscow Conceptualism” references both the Moscow underground scene and the Western, particularly Anglo-American, conceptual art of the 1960s—the artistic practice of the Art and Language group and that of Joseph Kosuth—which was well known to the Moscow Conceptualists, thanks to Western journals and catalogs that made it to Moscow at the time. But in Moscow, this practice underwent a fundamental transformation. The signifier “Moscow” stands not simply for a place, but for a program as well. The character of the transformation that conceptual art underwent in Russia derives from the specific conditions under which all art in the Soviet Union functioned. Briefly, conceptual art can be described as the product obtained by according text and images equal importance. The image is replaced by a written commentary, a project described textually, a critical assertion. Taken to the next level, this can be understood as a dematerialization, and thus a decommercialization of art. Admittedly, it is now universally acknowledged that text is a type of image because language has its own material nature— and conceptual art thus cannot “elevate” the work of art to either immateriality or freedom from commercialism. Rather, conceptual art can in retrospect be regarded as a decisive step in the direction of making language an object, and thus toward commercialization of language. But whatever the case, the relationship of art to the art market—and to the market in general—was and remains a central issue in Western conceptualist theory and practice.

In the Soviet Union, of course, there was no market, and thus no art market. The value of a work of art was determined not according to the rules of the market economy but the rules of the symbolic economy, according to which all of life in the Soviet Union was ordered. Theoretical, philosophical, ideological, or art historical commentary—and not price—thus ultimately decided the fate of an artwork. Or, to put it another way, the ideological text circulated in the Soviet symbolic economy the way money circulates in the Western market economy. One might say that Soviet culture was always conceptual—in its entirety. When observing a picture, the normal Soviet viewer, though entirely unfamiliar with Art and Language, would automatically mentally replace this picture with its possible ideological-political-philosophic commentary—and he would consider solely the commentary in evaluating that picture as Soviet, half-Soviet, non-Soviet, anti-Soviet, etc. Moscow Conceptualism thus saw itself as an investigation of the Soviet symbolic economy—and not as an alternative to Western-style market economy.

In one respect, however, Moscow Conceptualism proves to be fairly closely related to Western conceptual art. The Anglo-American concept art of the 1960s and 1970s focused primarily on the question of “What is art?” Consequently, it was often seen as a starting point for institutional criticism. It is generally acknowledged that the Soviet Union was one large, bureaucratically administered institution. The distinction between commercialized mass culture and institutionalized high culture was lacking. Soviet culture was uniform—and had an exclusively institutional character. The daily mass culture was just as centrally, bureaucratically and institutionally administered as high culture—and was essentially judged and propagated according to the same ideologically correct criteria. Thus, the official discourse as to what art is played a dominant role in all areas of Soviet culture. The primary method of Moscow Conceptualism was to utilize this official discourse privately, ironically and profanely, to vary it and analyze it. In this sense, Moscow Conceptualism practiced enlightenment— total enlightenment.

The artists of the first generation of Moscow Conceptualism of the 1960s and 1970s, such as Ilya Kabakov, Vitaly Komar and Alexander Melamid, Dmitri Prigov or Lev Rubinstein, mainly used the language of the “simple Soviet person.” The carefully selected and iteratively censored formulations of official Soviet ideology were inevitably damaged and displaced by their quotidian “uncultivated” use, and simultaneously “adulterated” with every conceivable purely private and unconsidered opinion. Ilya Kabakov and Dmitri Prigov in particular helped themselves liberally to this trove of everyday, uncultivated theorizing in their commentaries on their own and other art, and often in a highly entertaining fashion. One can say that Moscow Conceptualism made the discursive mass culture of its time into its object. On the one hand, it was indeed a kind of conceptual art. But it was much more than just a kind of discursive Pop Art.

Like almost all avant-garde movements of the twentieth century, the Moscow Conceptualists systematically organized a counter-public, which primarily comprised the artists themselves and their friends. They met regularly to discuss new works and texts. They issued their own and international publications, and created archives. Particularly Andrei Monastyrski and his group “Collective Actions,” which started staging actions in the mid-1970s, contributed to triggering a process of selfinstitutionalization of Moscow Conceptualism. Monastyrski organized performances to which he invited other Moscow Conceptualists, and these events were painstakingly and quasi-bureaucratically documented, annotated and archived. Additionally, Monastyrski involved many younger artists such as Pavel Pepperstein, Vadim Zakharov and Yuri Albert in the activities of the group, thus passing Moscow Conceptualism onto the next generation. The break-up of the Soviet Union in 1991 brought with it the de facto dissolution—or irrelevance—of all state Soviet institutions. In the post-Soviet era, the tradition of Moscow Conceptualism has thus taken on a special significance—for this group, which also included curators and art critics, formed the seed for the emergence of a new art public in the new Russia. An exhibition of the Schirn Kunsthalle Frankfurt and the Fundación Juan March, Madrid. “Total Enlightenment. Moscow Conceptual Art 1960–1990” will be presented at the Fundación Juan March, Madrid, from 10 October 2008 to 11 January 2009.