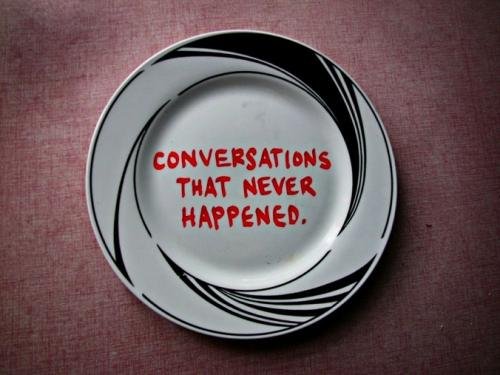 The point of departure for "Conversations That Never Happened" is a series of 200 photographic portraits that Poljak made in her kitchen while dining individually with her friends and neighbors. As a group, the photographs might remind us of "friend lists" on MySpace and Facebook, where sociality is expressed in serial form (as a grid of pictures or a list of comments and testimonials). Do these grids and lists refer to communities? And if so, how do communities relate to their own representations? Over the next few weeks, many of the people depicted in the portraits will be animated through the exhibition: they will eat dinner at TELIC; they will perform as dancers, writers, actors, magicians, comedians...; they will prepare and serve food.

At the opening reception on Saturday, the artists will be serving custom-made pancakes (with shapes made to order!) and fancy drinks; David Scott Stone will do a 3 hour ambient set.