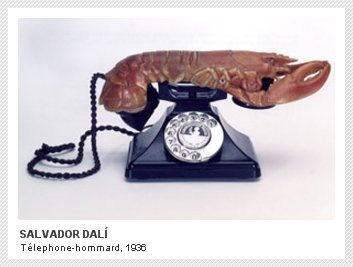 THE TRIUMPH OF DESIRE is the title of ARKEN’s major autumn exhibition. The Surrealists cultivated sexual drives and the unconscious in order to liberate society and the individual from the conventions of the period. Surrealism chal­lenged the norms and taboos of the age. In so doing it had an epoch-making and enduring influence on visual art and culture. ARKEN’s exhibition shows the dialogue between Danish and international Surrealism.

OVERWHELMED
Surrealism was one of the most influential and spectacular currents of the twen­tieth century. The movement arose in Paris in the 1920s and inundated the rest of Europe in the 1930s. The Danish art scene too was overwhelmed by the wild ideas of the Surrealists. The Danish artists soaked up inspiration from the wide world outside and several of them exhibited together with the major international Surrealist artists both in Denmark and abroad.

THE TRIUMPH OF DESIRE dusts off Danish Surrealism and makes the connec­tions with the turbulent, phantasmagorical universe of the inter­national Surrea­lists. The exhibition shows works by Danish artists like Freddie, Bille, Sonja Ferlov Mancoba, Vilhelm Bjerke Petersen, Henry Heerup and Asger Jorn in the context of works by among others Salvador Dalí, René Magritte, Man Ray, Max Ernst, Joan Miró and Jean Arp.

The exhibition shows more than 130 paintings, drawings, sculptures, objects, photo­graphs and collages. It also documents the relations between Danish and inter­national Surrealism through periodicals, texts and exhibition catalogues. The­ works have been lent out by central Danish and international museums as well as galleries and private collectors in Denmark and abroad.