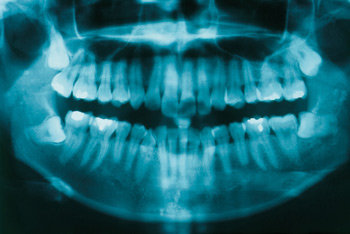 LAXART is pleased to present a new sculptural installation entitled RANK by Los Angeles-based artist Kori Newkirk. Centered upon a highly polished mirrored podium exaggerated to architectural scale, RANK mimics the visual logic and cultural pervasiveness of a recent and forthcoming political theater. By restaging this trope of public speech at a time in which the nation awaits the upcoming presidential election, Newkirk heightens the charge and urgency surrounding this ubiquitous form. Otherwise rendered inconspicuous as a medial device, the functionality of the podium is herein transformed by a manipulation of scale and the application of a mirrored surface to give way to both formal abstraction and pure spectacle. Conjuring both ideology and the body, RANK offers an unspecific monument in which meaning and content are delivered through tensions of presence and absence. It is in this context that Newkirk’s intervention animates the theatricality of minimalist sculpture, implicating viewers through devices of reflection, while also interrogating the role audiences play in the rituals of political discourse.

Kori Newkirk currently lives and works in Los Angeles. He received his BFA from The School of the Art Institute of Chicago in 1993 and his MFA from the University of California, Irvine in 1997. His work was the recent subject of a ten-year survey at the Studio Museum in Harlem—an exhibition that is currently on view at the Pasadena Museum of California Art. Additional recent solo exhibitions have taken place at The Project, New York (2006), MC, Los Angeles (2006), the Museum of Contemporary Art, San Diego (2005), and Locust Projects, Miami, Florida (2005). Notable group exhibitions include the 2006 Whitney Biennial at the Whitney Museum of American Art in New York, DAK’ART: 7th Dakar Biennial in Dakar, Senegal (2006), the 2004 California Biennial at the Orange County Museum of Art in Newport Beach, California, and Only Skin Deep at the International Center of Photography in New York, the Seattle Art Museum in Seattle Washington, and the San Diego Museum of Art in San Diego, California (2003).

LAXART is also pleased to present the premier of Miguel Angel Rios’ single-channel video entitled Crudo, 2008, selected by Gilbert Vicario, assistant curator of Latin American Art at the Museum of Fine Arts, Houston. Filmed both in New York and Mexico City, Crudo takes the viewer on a theatrical, percussive journey led by an unidentified white-suited man, wielding pieces of raw meat, who encounters a group of angry dogs. Mixing elements of dance from Veracruz, American tap, and Argentinean malambo sureño, the dancer’s percussive footwork drives the narrative tension of the scenario, counterbalanced by the tethered pieces of raw meat that swing around to provoke the angry animals – here hired to perform and engage with the dancer’s movements. Although strikingly different from Rios’ monochromatic and poetic videos of spinning tops, the characters in Crudo delineate order and disorder, control and unpredictability. Operating through metaphor, Crudoplays with a range of overwrought dichotomies particular to relationships of power, while questioning their logic and maintaining a narrative structure that remains opaque and without resolve.

Miguel Angel Rios was born in Catamarca, Argentina and studied at the Academia Nacional de Bellas Artes de Buenos Aires, Argentina. Selected solo exhibitions include Aquí at EVO Gallery in Santa Fe, New Mexico (2007) and at the University of Houston, Texas’ Blaffer Gallery, curated by Terrie Sultan (2007); Miguel Angel Rios: Love at the Miami Art Museum, Miami, Florida (2006); Concentration 49 at the Dallas Museum of Art in Dallas, Texas (2006); and A Morir – ‘til death, curated by Lauri Firstenberg, at Artists Space in New York (2003) and Los Angeles Contemporary Exhibitions in Los Angeles (2004). He has also participated in various group exhibitions including Portraits and Places at The Bronx Museum of Art, New York (2004); Special Projects: Summer 2001 at PS1 Contemporary Art Center, New York (2001); and The Discovery of the Amazon: An Interpretation of the Chronicle of Friar Gaspar of Cavajal at CRG Gallery, New York (1999). His work has been included in such notable exhibitions as the 2002 Biennale of Sydney in Sydney, Australia, the 2000 Gwangju Biennale in Seoul, South Korea, and the Havana Biennial in Havana, Cuba in both 1997 and 2000. Rios currently lives and works in Mexico City and New York.

Gilbert Vicario is assistant curator of Latin American Art and Latino Art Coordinator, International Center for the Arts of the Americas at the Museum of Fine Arts, Houston, where he has curated such exhibitions as Indelible Images (Trafficking between life and death) (2006) and Constructing a Poetic Universe: The Diane and Bruce Halle Collection of Latin American Art (2007). Vicario was named U.S. Commissioner for the 2006 Cairo Biennale with Daniel Joseph Martinez and is currently serving on the Federal Advisory Committee for International Exhibitions (FACIE) for the U.S. State Department.

Artist Miguel Angel Rios and guest curator Gilbert Vicario will lead an exhibition walk-through of Crudo, followed by an opening reception for Rios and Kori Newkirk.

Responding to Los Angeles’ cultural climate, LAXART questions given contexts for the exhibition of contemporary art, architecture and design. With a renewed vision for the potential of independent art spaces, LAXART provides a center for interdisciplinary discussion and interaction and for the production and exhibition of new exploratory work. LAXART offers a space for provocation, dialogue and confrontation by practices on the ground in LA and abroad. LAXART is a hub for artists based on flexibility, transition, spontaneity and change. The space responds to an urgency and obligation to provide an accessible exhibition space for contemporary artists, architects and designers.