Establishment (and its discontents) 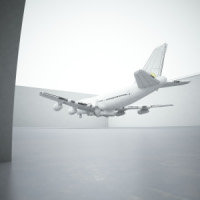 "Establishment (and its discontents)" is a group exhibition of artists participating in making of contemporary art. The project refers to a wave of "new" and "young art" exhibitions, which took place on the Polish art scene at the beginning of the 21st century. The subject of our "Establishment" exhibition are artistic proposals and individualities, which emerged out of these past shows – namely art, that appeared after "new art from Poland". Participants of the "Establishment" did not take part in those past presentations. They are artists, who made their presence on the art scene in the last two or three years. A context for our presentation is a concept of establishment – understood as a challenge for young artists, as a point of reference, a collection of temptations and an object of contest. Finally, it is a potential source of discontent.

Time, that past since shows like "Novart.pl", "Relax", "Pop-elita" and "Really, the young artists are the realists" legitimizes a new look at the conditions and transformations that took place on the Polish scene – and even more, asks for a new review. Today's establishment of the Polish art world, are the very same artists who were conquering the scene around the year 2000 – now, they are the mainstream. In the face of the institutionalization of the generational 'velvet revolution' some questions arise: is there already a new quality in today's young artists when compared to yesterday's young artists? Do the young ones have ambitions to take over the scene, or do they want to become a part of the existing establishment? What kind of attitudes, sensibilities and strategies are born among the youngest generation of artists, who debut in the shadow of their colleges just a few years older then them?

The above questions preoccupy our minds because of the number of premises that seem to enable a change facilitated by the fast transformation of the art policies in Poland. The debuting artists enter a completely different stage from that of the recent years. Fast institutionalizing of art, wider critical discourse tied to the variety of net magazines and blogs about art, a proliferation of commercial galleries, a close perspective of emerging new public spaces and finally, much closer ties of the local scene with an international one – are the main elements of a new situation. Here, we are referring to the quantity change: more possibilities, more temptations, a bigger number of players moving around the art scene, a denser critical milieu, faster careers, and a level of expectations - set really high by the precedes. The goal of the "Establishment" exhibition is a presentation of attitudes prevailing among the artists of the youngest generation, forming "in and against" t hose new conditions.

The project Establishment (and its discontents) has been realized with support of Ministry of Culture and National Heritage, within the frame of the programme Creativity Promotion

Recent years are surely to enter the annals of Polish art history as a turning point in artistic production. It is a turning point related to the ascendance of a new generation of artists born in the 70s, a definitive shift in emphasis from analogue to digital techniques and the continued rapid development of electronic media and the illustrated press. The most interesting change, which occurred and continues to occur before our eyes, is a change in what John Berger referred to as 'Ways of Seeing.' The Red Eye Effect. Polish photography of the 21st century presents the achievements of young and middle-aged photographers to describe the directions of development of visual culture in Poland. Controversial and even scandalous press images, photographs by amateurs and those found on the Internet supplement the redefinition occurring in recent years in photography - once referred to as artistic, documentary and commercial (fashion and advertising). Numerous screenings, art books and even sculptures (Anna Baumgart) or installations (Anna Orlikowska) mean the exhibit diverges from those of the past that remain fixated on the photographic image. Through clear thematic separation of the collected materials, the sequences of images coalesce into a meaningful whole, to show how 'powerful' photography can be in the hands of contemporary artists. The exhibition includes the most acclaimed works of artists like Maurycy Gomulicki and Aneta Grzeszykowska, as well as new but unknown pieces by critically acclaimed artists such as Wilhelm Sasnal, Zbigniew Rogalski and Agnieszka Brzeżańska.
The exhibition will be augmented by images culled by Homeless Gallery (Galeria Bezdomna) that will open its doors to photographers from 23.8-1.9.2008 in the Castle's Cellar.

Magdalena Abakanowicz (b. 1930 near Warsaw) is recognized by world art critics as a leading contemporary sculptor. After graduating from Warsaw's Academy of Fine Art in 1954, the first works to bring her international renown were the monumental relief weavings in the 1960s, that culminated in the 'Abakans' series. Her numerous works and projects adorn public spaces and museums, and have been presented in over 100 individual exhibitions around the world. Abakanowicz is also the author of erudite essays on art, mythology and religion and has received numerous honorary degrees. The artist lives and works in Warsaw.
Currently, Abakanowicz's individual exhibition King Arthur's Court is on view at the Museo National Centro de Arte Reina Sofia in Madrid and soon her exhibition The Spirit of Earth will be on view at the Institut Valencia d'art Modern in Valencia. Last year, the Museum of Contemporary Art, Los Angeles organized a group show entitled WACK! Art and the Feminist Revolution including Abakanowicz's art work; this year, the show traveled to P.S.1 MoMA, New York and will move to the Vancouver Art Gallery in autumn-winter.