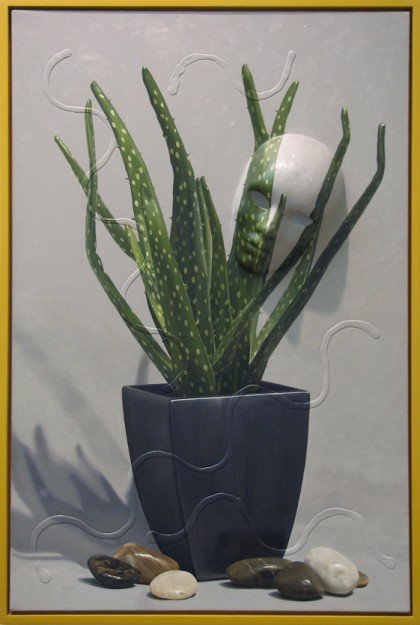 On the occasion of the exhibition, an illustrated catalogue will be published with contributions by Maxwell Graham, Beatrix Ruf, and Philippe Vergne, edited by Max Andrews / Latitudes.

untitled false document is made possible in part with funds from The Greenwall Foundation, and public funds from the New York State Council on the Arts and Manhattan Community Arts Fund, supported by the New York City Department of Cultural Affairs and administered by the Lower Manhattan Cultural Council.

Swiss Institute is pleased to present the first solo exhibition of New York-based painter Greg Parma Smith. The exhibition features a group of paintings, installed as a series, that wryly play with the differences between representation and design strategies. Smith's work examines the interstice where design objects from places such as Pier 1 Imports imitate culturally specific products.

Smith's paintings are derived from his caricature of the decorative, mass-produced design objects, found at retailers, which appropriate other cultures only to reduce them to commodity. Through a process of framing, outlining, flattening and layering, the artist re-appropriates mass produced design to provoke a formal examination of surface