Second part in a series of open offices 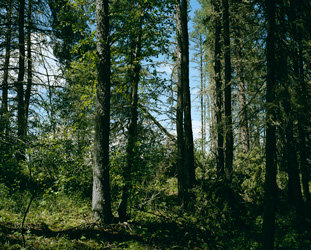 Library is an exhibition conceived for UOVO Open Office Berlin, forming part of the second in a series of open offices by the magazine involving the production of issues in locations beyond their Turin based headquarters.

The exhibition takes as its starting point its location—an office open for artists, curators, writers and the general public to participate in the production of the magazine directly—and addresses the conditions under which it takes place—responding to a magazine’s desire to adopt an exhibition paradigm as a magazine issue. Revolving around the idea of a magazine as a possible location for artwork, Library consists of a variety of magazines all of which demonstrate instances in which artists have utilised this format as a space for art making. The resulting presentation, on show in Berlin for the first time, emerges from an invitation to a number of international based artists to participate with magazines in they have conceived specific projects, artworks or other forms of artistic contributions. Featuring magazines produced in a variety of places globally; the display comprises issues primarily from the early 90s to the present day. Ultimately, Library sets out to offer a short history in which the magazine has been used beyond its conventional means and instead as a site for art and exhibition making.

Pivotally, Library will take the form of library as well, by which all of the magazines included will be ordered alphabetically according to the participating artists surnames and with each being able to be viewed individually or collectively in a dedicated reading area. In addition, the exhibition’s inventory will expand in time, with the number of participating artists set to increase over the course of the exhibition. At a later date, Library will take place in other locations elsewhere.

*A bookshop organized by Motto Distribution & The Bookmakers Ed. will accompany the exhibition.

Image: Mungo Thomson, Still from Silent Film of a Tree Falling in the Forest, 2005-06.