A Literacy of Images

Nancy Newhall and the Art of Photography 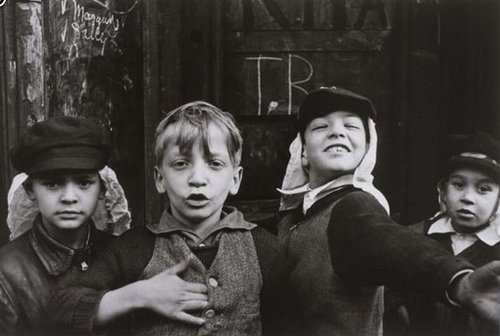 The Museum of Photographic Arts (MoPA) in Balboa Park is pleased to present A Literacy of Images: Nancy Newhall and the Art of Photography. MoPA is originating the first-time-ever major retrospective and companion publication of this remarkable woman and major contributor to the history of photography. Held in celebration of the 100th anniversary of Newhall's birth, the exhibition will be on view at MoPA September 19, 2008 through January 25, 2009.  Funded in part by the National Endowment for the Arts, A Literacy of Images will include over 120 images representing the work of Nancy Newhall, Beaumont Newhall, Ansel Adams, Paul Strand, Edward Weston, Brett Weston, Minor White, Alfred Stieglitz, Eliot Porter, Helen Levitt, Henri Cartier-Bresson, Lisette Model, and Barbara Morgan.  The exhibition will also include period publications by Nancy Newhall about these photographers, alongside personal papers and candid photographs.

As a writer, curator and photographer, Nancy Newhall played a major role in legitimizing photography as a fine art. As founding member of Aperture and important contributor to the publication, Newhall was a prolific writer about the evolving role of photography and visionary thinker about the then new medium of television. One of the first to write about visual literacy – the importance of reading images and how text can change the meaning of images – Newhall was decades ahead of her time. Her writings elevated the focus and discussion of photography. She challenged one to see the many possibilities that exist in an image and demonstrated the importance of combining images with words.

Nancy Newhall worked closely with husband Beaumont Newhall -- the Museum of Modern Art’s first photography curator - and with many of the well-known photographers of her day, e.g., Ansel Adams, Edward and Brett Weston, Paul Strand, Brassai, Alfred Stieglitz, Barbara Morgan and Minor White. A strong and independent individual, Newhall helped define fine art photography in America during the first half of the twentieth century. For a period between 1942- 1945, while Beaumont was on active duty in the Air Force in World War II, Nancy substituted for him as the acting curator of photography at the Museum of Modern Art. In 1974, Newhall met with an untimely death following a rafting accident on the Snake River in Grand Teton National Park. Thirty years after her tragic death, Newhall’s legacy continues to shape and enlighten the field of photography and lens-based imagery though her photographic work remains relatively unknown. "This is an important project for many reasons. It demonstrates MoPA's commitment to research in the field of photography. Nancy Newhall is a very important figure in defining photography as art in this country and this is the first project covering the breadth and depth of her contribution to the field," says Deborah Klochko, MoPA Director.

MoPA Information
The Museum of Photographic Arts (MoPA) is one of the few museums in the country devoted to photography, film and video. Since its founding in 1983, MoPA has been dedicated to collecting, preserving and exhibiting the entire spectrum of the photographic medium. The museum’s endeavors consistently address cultural, historical and social issues through its exhibitions and public programs.
The Museum of Photographic Arts is accredited by the American Association of Museums and is a member-supported, private, non-profit institution. Additional support for museum programs is provided in part by the City of San Diego Commission for Arts and Culture, the Joan and Irwin Jacobs Fund of the Jewish Community Foundation, the Weingart-Price Fund, the San Diego Foundation, Patrons of the Prado, and the National Endowment for the Arts.