An annual exhibition inviting a group of emerging designers 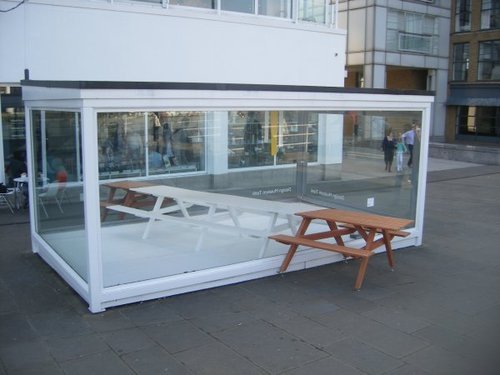 Designers in Residence is an annual exhibition inviting a group of emerging designers to transform different areas of the museum with their work. This year’s residents have been chosen for their experimental approach to design and have been invited to create installations responding to the theme of collections and the notion of collecting.

Exhibits include a contemporary interpretation of the Curiosity Cabinet, by Jethro Macey, which gives visitors a special glimpse of unusual collections and a Creativity Machine, by Tom Drysdale, which presents the various paths and decisions a designer faces during the design process. The current Guinness World Record holder for making the highest popping toaster, Freddie Yauner, creates a Continuous Bench which flowS in and out of the Design Museum Tank. There’s also a touch sensitive Interactive Wall, by Matthew Falla + Lea Jagendorf, which allows you to view key design items from the museums permanent collection and a dynamic spinning installation by Adrian Westaway + Ben Storan that that reacts to biological emotions.

Generously supported by the Esmée Fairbairn Foundation and the Tallow Chandlers' Company.