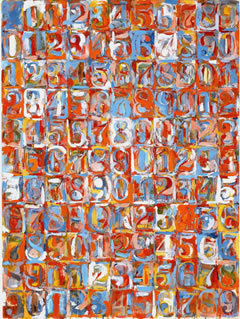 Action/Abstraction: Pollock, de Kooning, and American Art, 1940–1976 is the first major U.S. exhibition to reconsider Abstract Expressionism in over 20 years. Action/Abstraction features over 50 key works from major institutions and collections throughout the U.S. and abroad. Action/Abstraction is not an expansive survey, but a highly focused, thesis-driven exhibition that features key works by Jackson Pollock and Willem de Kooning, as well as Helen Frankenthaler, Arshile Gorky, Philip Guston, Hans Hofmann, Jasper Johns, Lee Krasner, Norman Lewis, Barnett Newman, Ad Reinhardt, David Smith, Frank Stella, and Clyfford Still among many others. Action/Abstraction looks at the Abstract Expressionist movement and its legacy through the lens of Clement Greenberg and Harold Rosenberg.

Viewed from the perspective of influential, rival art critics Greenberg and Rosenberg, the works in this focused and highly selective exhibition present a fresh look at the painting and sculpture that transformed the art world in the years following the Second World War—a period when abstraction emerged as a dominant means of artistic expression.

Beginning in the 1940s, Pollock and de Kooning created paintings and sculptures that catapulted American art onto the international stage. In magazines as diverse as Partisan Review, The Nation, ARTnews, and Vogue, Greenberg and Rosenberg wrote incisively about seismic changes in the art world, often disagreeing with each other vehemently. Their advocacy propelled the artists and their art to the forefront of the public imagination, and by the late 1950s, Pollock and de Kooning were virtually household names. Their reputations were cast not only in the rarified milieu of the New York art world, but also were well-known in the popular culture, thanks to the reach of television and publications such as Life magazine.

Against a background of Cold War politics, rising mass culture, and growing consumerism, Rosenberg championed the concept of action—the creative act of the artist—versus the ideal purity of a non-representational aesthetic defended by Greenberg. Action/Abstraction presents great works of art in order to re-examine how these critics' theories vied with each other and with the intentions of the artists, who nevertheless remained keenly aware of the critics' perspectives and were often influenced by them.

The exhibition starts with the titanic figures of Pollock and de Kooning and unfolds with an exploration of painting and sculpture by their peers, as well as younger generations of artists who responded to their example and to the critical frameworks created by Greenberg and Rosenberg. The exhibition is presented thematically rather than chronologically and is complemented by a rich selection of contextual materials.

Action/Abstraction: Pollock, de Kooning, and American Art, 1940–1976 was conceived and organized by Norman L. Kleeblatt, Susan & Elihu Rose Chief Curator of The Jewish Museum, New York. Join Norman L. Kleeblatt on Tuesday, October 28th, as he discusses the origins of the exhibition's ideas and the evolution of its presentation.

Action/Abstraction is curated in St. Louis by Charlotte Eyerman, curator of modern and contemporary art. Leadership support has been provided by the Weissman Family Foundation, The National Endowment for the Humanities, a federal agency, and the Peter Jay Sharp Foundation. The exhibition is sponsored by the Jerome L. Greene Foundation. Any views, findings, conclusions, or recommendations expressed in this exhibition do not necessarily represent those of the National Endowment for the Humanities.