Contemporary Brazilian Art: 1960-present. The exhibition introduces Brazil's creative vitality through the works of 27 artists, fashion designers, and architects. "Being alive is art itself" Helio Oiticica's thinking as such has lived on continuously in many artists since the late 1990s. Such artists have attempted to reinterpret the local vernacular with reference to the context of global culture, through their observations of everyday life. The show includes internationally active Japanese Brazilians and show commemorates the Centennial of Japanese Immigration to Brazil. 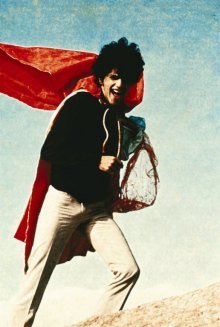 Brazil, a nation that absorbed a multitude of immigrants and forged a hybrid human culture, has captured the world’s attention. Perhaps most alluring is the art of Brazil, which celebrates life with vivid colors and dynamic organic and geometrical forms. Brazil is a society with no hierarchy of values, where everyone and everything is integrated, a society propelled from modern society by the energy to blend and transform in search of a different structure. This energy comes not from a dialectic process but from observation of life and the wisdom found there. In order to survive in the global chaos, the Brazilians have created an “alternative modernism” as a viable proposal for the 21st century.

Museum of Contemporary Art Tokyo (MOT) will introduce Brazil’s creative vitality through the works of 27 artists, fashion designers, and architects in an exhibition, When Lives Become Form. In the 1960s, an artistic movement arose in Brazil, “Tropicália,” which celebrated the “originality of the culture of people who live in the tropics.” Tropicália sought to escape the shadow of the West and create a uniquely Brazilian art culture. Its central figure, Hélio Oiticica, took inspiration from Brazilian favelas, “a product of fantastic improvisation in creating a ‘vital place’ for communicating not form so much as joy.” The Parangolés or wearable sculptures and pictures he created for samba dancers by combining colorful fabrics are perhaps symbolic of this. In the same period, Lina Bo Bardi fused modern architecture with local Brazilian conditions and reinterpreted architecture through her acute observation and understanding of the lives of local peop le. Bo Bardi can be considered the pioneer of programmed architecture.

“Being alive is art itself.” Oiticica’s thinking as such has lived on continuously in many artists since the late 1990s. Such artists have attempted to reinterpret the local vernacular with reference to the context of global culture, through their observations of everyday life. Marepe, who employs found objects in producing a festival-like transformation, is perhaps representative of this trend. Others include Beatriz Milhazes and osegemeos, who are producing new works especially for this exhibition. Milhazes creates colorful collages on glass façades, taking Rio’s tropical flowers, local patterns, and traditional designs as her motifs; while osgemeos, who embarked from street graffiti, now produce humorous fantasy paintings.

When Lives Become Form will feature works by these and other Brazilian artists and creators, including internationally active Japanese Brazilians. The exhibition commemorates the Centennial of Japanese Immigration to Brazil and “Japan-Brazil Year of Exchange.”

A fully illustrated catalogue will be available in English and Japanese, published by Esquire Magazine Japan Co., Ltd. The catalogue will feature major essays by Yuko Hasegawa, Felipe Chaimovich (MAM SP), and Paulo Herkenhoff accompanied by short texts on aspects of Brazilian culture such as music and fashion.