The Invention of the 20th Century

Carl Einstein and the Avant-garde 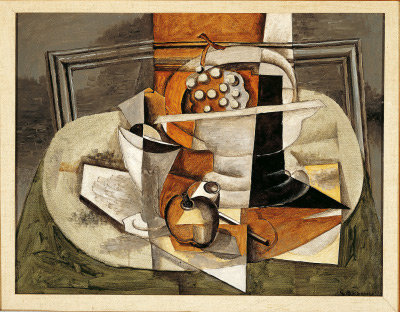 The art critic and historian Carl Einstein was one of the most important and multifaceted personalities of the 20th-century artistic avant-garde. His books, articles and essays were fundamental pieces for the critical study of the avant-garde movements; in them he introduced the West to African art and ratified Cubism as a movement in its own right. His intellectual oeuvre, rediscovered in recent decades, is now paid tribute at the MNCARS. This is the first international exhibition to offer a visual description of the work of Einstein, a key figure in visual arts as well as literature, theatre, film and political action.

The Invention of the 20th Century shows significant works by the most important artists of the avant-garde movements, whom Einstein knew and on whose careers he reflected and wrote. The one hundred and twenty pieces on display are signed by names like Braque, Dalí, Grosz, Léger, Miró, Picasso, Rousseau, Paul Klee and Otto Dix, to name a few. The exhibition is organised into sections on African and Oceanic sculpture, Dadaism and Verism, Cubism, Surrealism and art during the Spanish Civil War, a conflict in which Einstein participated as a combatant in 1936. The artworks are accompanied by documentary material about his art writings, including most notably Art of the 20th Century (1926), the work that made him one of the top historians of the avant-garde, and the magazine Documents (1929-30) about the Surrealist movement. Visitors will find themselves faced with a retrospective of art in the last century as it appeared in Einstein’s texts.