Photographs. The works included in this exhibition use photography to redefine the ways we physically and mentally experience architectural space. She creates photographs of buildings by some of the most iconic architects of the 20th Century; this exhibition features images of structures in Spain and Portugal by Alvaro Siza and two private homes built by Frank Lloyd Wright in the United States. 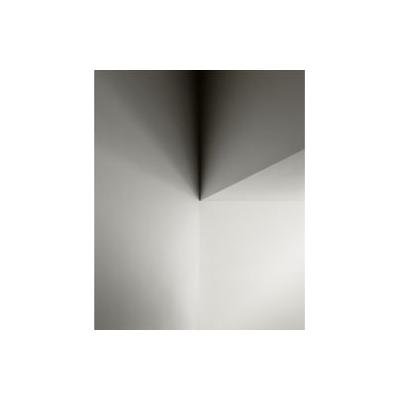 Luhring Augustine is pleased to announce an exhibition by Italian artist Luisa Lambri; this will be her second solo exhibition with the gallery. The works included in this exhibition use photography to redefine the ways we physically and mentally experience architectural space.

Lambri creates photographs of buildings by some of the most iconic architects of the 20th Century; this exhibition features images of structures in Spain and Portugal by Álvaro Siza and two private homes built by Frank Lloyd Wright in the United States. The treatment of the images is inspired by the modern architects and artists whose works Lambri has been exposed to throughout her life. In this exhibition she takes a cue from Lucio Fontana's Manifesto blanco (White Manifesto) of 1946, where he announced his goals for a "spatialist" art, one that could engage technology to achieve an expression of the fourth dimension, thus melding the categories of architecture, sculpture, and painting into a new aesthetic idiom.

The use of light and its effect on our experience of time and space is a profound concern in all of Lambri's work and also takes central stage in this new group of photographs. Lambri strives to represent the individual's emotional encounter with architecture, which she does by subtly manipulating the light, shadow and color of the original image. The resulting images are not an objective documentation of the structures, but rather a poetic representation of the buildings' emotional and spatial qualities. The work fulfills its ultimate purpose when it is installed and adapted to a new space; often presented in sequence the distinctions from one image to the other are subtle. Lambri is careful to consider the placement of each image in proximity to the surrounding architecture and the other works in the room. Minute changes from one image to the next become clear and the relationship between the viewer, the object and the space itself is takes on additional emphasis.

Luisa Lambri currently lives in Milan. Her work has been included in two Venice Biennales, in 1999 and 2003, and is currently shown in "Italics: Italian Art between Tradition and Revolution, 1968-2008", Palazzo Grassi, Venice and in "REMIX Inner Space", at the Albright-Knox Art Gallery, Buffalo. It has recently been seen in "The Fluidity of Time" at the Museum of Contemporary Art in Chicago, "The Shapes of Space" at the Solomon R. Guggenheim Museum, New York and "Painting the Glass House" at The Aldrich Contemporary Art Museum, Ridgefield, as well as "Made Up", the 2008 Liverpool Biennial at Tate Liverpool. She had solo exhibitions at The Menil Collection in Houston in 2004, The Carnegie Museum of Art in Pittsburgh in 2006, The Baltimore Museum of Art in 2007 and an upcoming solo show at the Los Angeles Museum of Contemporary Art in 2009.