Twice named "British Fashion Designer of the Year", he is renowned for his innovative use of materials, meticulous pattern cutting and progressive attitudes to new technology. This exhibition explores fifteen years of Hussein's experimental projects, his creative approach, inspirations and the many themes which influence his work such as cultural identity, displacement and migration. 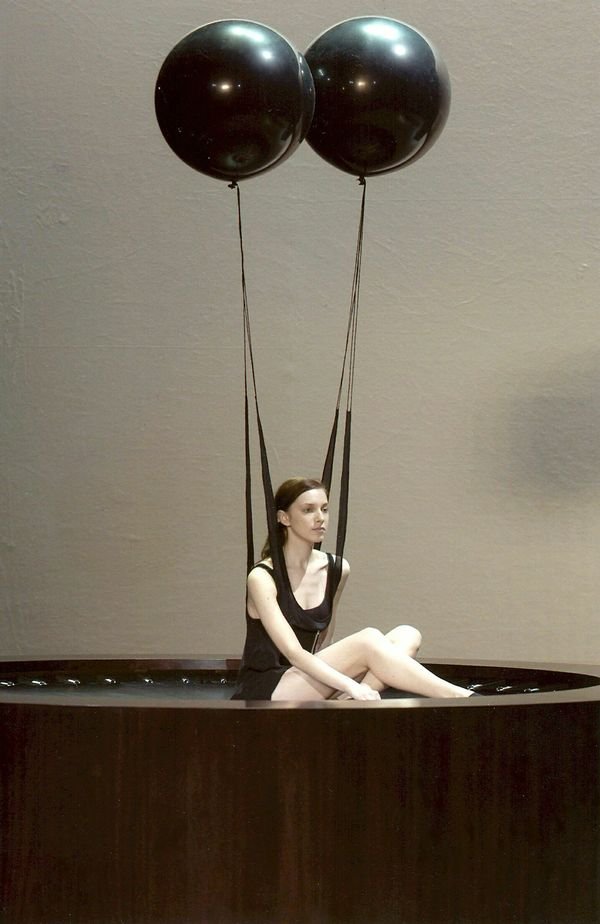 Fully established at the forefront of contemporary fashion design, the twice named “British Designer of the Year,” Hussein Chalayan, the Creative Director of Sport Fashion for PUMA, is renowned for his innovative use of materials, meticulous pattern cutting and progressive attitudes to new technology.

This exhibition will be the first comprehensive presentation of Hussein Chalayan’s work in the UK. Spanning fifteen years of experimental projects, the exhibition explores Hussein Chalayan's creative approach, his inspirations and the many themes which influence his work such as cultural identity, displacement and migration. Exhibits will include ‘Afterwords’ which explores the notion of ‘wearable, portable architecture’ in which furniture literally transforms itself into garments; ‘Airborne’ bringing the latest LED technology to fashion design with a spectacular dress consisting of dazzling crystals and over 15,000 flickering LED lights and ‘Readings’ a dress comprising of over 200 moving lasers presenting an extraordinary spectacle of light.

Presenting fashion as a site of exploration and as expressions of concepts, Hussein Chalayan challenges preconceived notions of what clothing can mean, rather than as garments with only functionality in mind. Motivated by ideas and disciplines not readily associated with fashion, Hussein Chalayan’s pioneering work crosses between architecture, design, philosophy, anthropology, science and technology. Since 2003, Hussein Chalayan has also directed art projects, including the short films “Temporal Meditations”, “Place to Passage” and “Anaesthetics”. In 2005, he represented Turkey at the 51st Venice Biennale with Absent Presence, featuring Tilda Swinton. Hussein Chalayan’s presentations demonstrate his unique ability to combine beautiful and wearable clothes for today with an intriguing vision of the future.