Collection Christian Bouqueret. The exhibition brings together more than 200 vintage prints by some forty-odd photographers who worked in Paris between 1920 and 1939 as well as original documents from the time (magazines, books, etc.). It offers an informed and passionate perspective on the formal richness of this "New Photographic Vision in France". Works by: Florence Henri, Maurice Tabard, Roger Schall, Henri Cartier-Bresson, Emmanuel Sougez, Pierre Boucher and others... 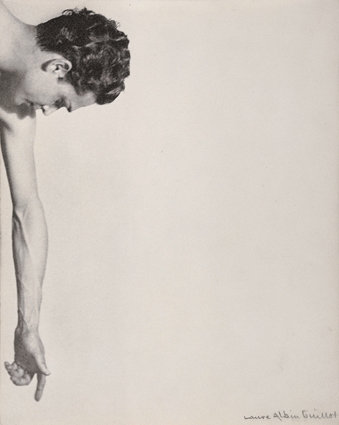 In the early 1920s Paris emerged as a new centre of avant-garde art and, without a doubt, as the hub for the new photography in Europe. If the French capital became a forum for photographers from so many different countries and backgrounds, this was because it stood as a model of modernity and a beacon of economic hope in the aftermath of the First World War, but also because it was a haven of political and religious freedom for those forced into exile.

In France, this was a period notable for its many influential individuals and groups. French photographers such as Jacques-André Boiffard, Florence Henri, Maurice Tabard, Roger Schall, Henri Cartier-Bresson, Emmanuel Sougez, Pierre Boucher and René Zuber, to name but a few, rubbed shoulders with foreign artists who had become adoptive Parisians by affinity or necessity, notably the Germans Germaine Krull, Erwin Blumenfeld, Marianne Breslauer and Ilse Bing, the Hungarians Ergy Landau, André Kertész, Rogi André, André Steiner, François Kollar, Gisèle Freund and Brassaï, the Russians Hoyningen-Huene and Rudomine, the Americans Man Ray and Berenice Abbott, the Belgian Raoul Ubac and the Lithuanian Moses Vorobeichic (known as Moï Ver). These were but some from a long list of artist-photographers, many of whom were doubly exiles — as expatriates breaking with their home country, and as avant-garde artists breaking with a tradition.

Would it be overstating the case to speak of a “Parisian school of photography” as an umbrella term for an ensemble of photographers with highly diverse references and practices? It is this France of the interwar years, this creative melting pot of a multitude of photographic schools, that dominates the remarkable collection put together by the historian Christian Bouqueret. The author of numerous thematic books on the history of photography such as Surrealist Photography, Des années folles aux années noires, la nouvelle vision en France, Histoire de la photographie en images as well as studies of Laure Albin-Guillot, Raoul Ubac, Germaine Krull, Roger Parry, René Zuber and Jean Moral, for this exhibition shown at the Hôtel de Sully Christian Bouqueret will act as the curator of his own collection.

This is the first exhibition on this scale of work from this decisive period. It brings together more than 200 vintage prints by some forty-odd photographers who worked in Paris between 1920 and 1939 as well as original documents from the time (magazines, books, etc.). It offers an informed and passionate perspective on the formal richness of this “New Photographic Vision in France.”

The catalogue (French and English) is co-published with Éditions de La Martinière. Format 19 x 24 cm with broad flaps; 120 photographs, 192 pages. Texts by Christian Bouqueret and Andy Grundberg; interview with Christian Bouqueret by Marta Gili; foreword by the curators of the exhibition, Michaël Houlette and Marta Ponsa.

The Jeu de Paume receives a subsidy from the Ministry of Culture and Communication.
It gratefully acknowledges support from Neuflize Vie, its global Partner.