4 sculptural installations. Each work reveals in its own manner a mise-en-abyme of the exhibition space. Francois act through the construction of ideas and mental representations implicitly present in the work. Out of the image formed by the spectator, emerges a dialogue alluding to art and human society. Political themes are touched upon from a relational point of view. 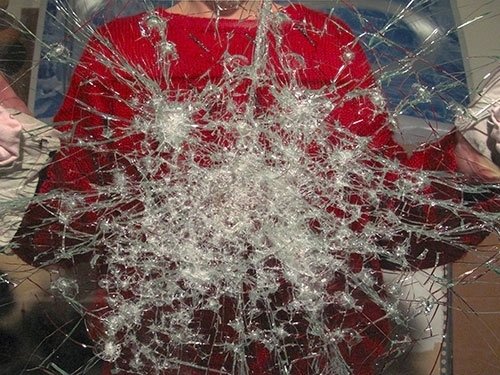 For his second exhibition at Xavier Hufkens, Belgian artist Michel François (°1956, Saint-Trond) has created four sculptural installations. Each installation reveals in its own manner and according to the wish of the artist, a ‘mise-en-abyme’ of the exhibition space. Scribble (Gribouillis), a white tube of 1000 meter long, deploys itself in an anarchistic manner and contaminates the whole volume of the space. This instinctive sculpture looks like a tridimensional drawing, fast and fragile; a transitional moment between movement and immobility, appearance and disappearance. It operates as an automatic writing, a nonsensical sign that devours the space. Blindé (Shielded), a large cube in protected glass, has been subjected to repeated blows, as if the container has become the issue instead of the absent content. In a movement opposite to Scribble, which opens itself to the space, the broken glass case encloses an invisible space. Links is a living, ephemeral network of magnetic spheres linked to metal rods that freely deploy themselves in the room by way of a random rhizomic profusion. Its precarious balance is maintained by the electromagnetic force between the elements.

Golden Cage is a cubic construction of four metal surfaces out of which the major part has been extracted in order to only maintain the material needed to obtain a fragile balance. These sheets, which have become fences, are gilded with gold leaf. They seem to have been subjected to a certain covetousness of which they still bear the marks. The ‘cage’ delimits however a portion of arbitrary space. The art of Michel François works through the construction of ideas and mental representations implicitly present in the work. Out of the image formed by the spectator, emerges a dialogue alluding to art and human society. Political themes are touched upon from a relational point of view. The exhibition itself creates an expanding movement in space. To the extent that meanings arise as a result of the interactivity between the spectator, the work and the space, ‘performativity’ and vitality are made possible. This performative character and the way in which the spectator is encouraged to make associations, give the exhibition a particularly inventive and contemporary aspect.