Both Sides Now - A Selection of Drawings: 1992- 2009. The works on display come from popular culture for his personal cosmologies, consciously and subconsciously adding warmth, transmutation, and ethereality to his subject matter. 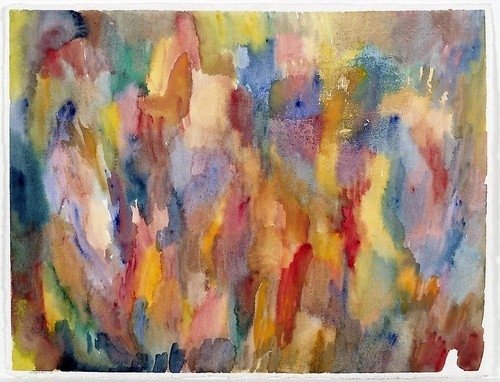 Paul Kasmin Gallery is pleased to announce an upcoming exhibition of drawings by Keith Mayerson, entitled "Both Sides Now, A Selection of Drawings: 1992- 2009" from March 5th – April 11th, with an opening reception on March 5th, 6-8 p.m. This exhibition is presented in collaboration with Derek Eller Gallery, and marks the artist's first at Paul Kasmin Gallery.

Mayerson's drawings challenge the seemingly-stable nature of iconic images and visual language. He draws from popular culture for his personal cosmologies, consciously and subconsciously adding warmth, transmutation, and ethereality to his subject matter. Many of his works serve as plates in larger narrative cycles and installations where Mayerson deploys icons of cultural history for their metaphoric content, and how they help to enrich the meaning of the allegories in which they "star." Each work becomes further imbued with meaning once deliberately juxtaposed to another in a narrative sequence. The drawings are an exploration of Mayerson's hand, his persona reflected within the vehicle of an iconic avatar or scene. Each individual drawing also serves as a window into an unconscious world mapped onto the image by the artist, using the subject matter as a talisman to relatable content, memory, or synaesthetic perception in the hope to provoke the same in the viewer.

In these drawings selected from the last sixteen years, Mayerson has explored themes of memory, language, cognition, and transcendence. "Both Sides Now" is taken from the Joni Mitchell song – addressing the collapse of identification and impression, "I've looked at clouds from both sides now/From up and down, and still somehow/It's cloud illusions I recall/I really don't know clouds at all." In each of these drawings, Mayerson constructs a personal vocabulary of semiotic exploration of meaning, interpretation, and experience.