Tuesday-Sunday, 11 am-7 pm, Closed on Monday

In Simon Dybbroe Moller' drawings, photographs, sculptures, videos, interventions and installations, he looks for perfection within the accidental and evokes the imperfect within precision. In her video works, Saskia Holmkvist has developed a cinematic narrative around concepts such as credibility, social competence and role behaviour in conflict situations. The photographic, film and installation works of Doris Lasch and Ursula Ponn reveal a great sensitivity for the complex interconnection between perception, representation, recollection and truth. Within the framework of the Deutsche Borse Residency Program of the Frankfurter Kunstverein, Cova Macias realized the video project "Horses in my dreams", in direct relation to the city of Frankfurt am Main. 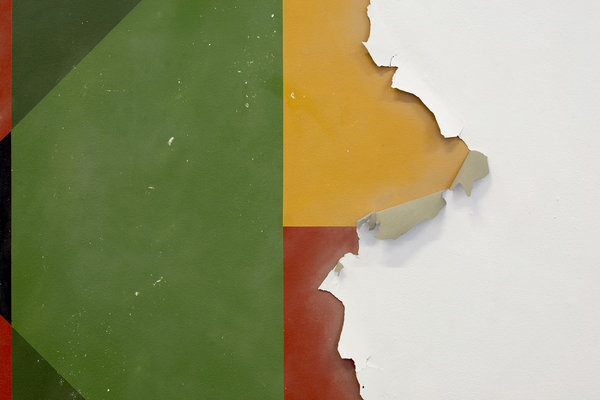 The first comprehensive solo exhibition of the Danish born artist Simon Dybbroe Møller (*1976) will be held in Germany at the Frankfurter Kunstverein in collaboration with Kunstverein Hannover. Møller studied at the Städelschule in Frankfurt and had his first show in the project space of the Kunstverein when he was still a student in 2003. Since then he has been awarded prestigious stipends and prizes and has been gaining international attention through his participation in numerous exhibitions. His work will be presented at the Turin Triennale in 2009.

Møller will create new comprehensive site-specific works in Frankfurt as well as in Hannover. The exhibition in Hannover will also present an overview of his works from the last five years, spread out over seven rooms in the gallery. In his drawings, photographs, sculptures, videos, interventions and installations, he looks for perfection within the accidental and evokes the imperfect within precision. Pronounced humour, meticulous observation and a seductive language of forms, ensures that his conceptual works are multi-layered in content and visually attractive at the same time. That which one first encounters changes within Møller’s exhibition into something entirely different. However, this does not occur by means of deception but rather by playing with expectations as well as the cultural-historical stance that is inherent within the viewer each. This is always responsible for what and how we are able to perceive.
The exhibition "Appendix" ist the continuation of the parallel solo exhibition "Kompendium" by Simon Dybbroe Møller at the Kunstverein Hannover (14th March – 17th May 2009). A catalogue will be published in cooperation with Kunstverein Hannover.

Running parallel to both the solo exhibitions of Møller and Ponn/Lasch, the Frankfurter Kunstverein is also showing two new video works by the Swedish artist Saskia Holmkvist (*1971). In Role Control (2008) and In Character (2008), Saskia Holmkvist has developed a cinematic narrative around concepts such as credibility, social competence and role behaviour in conflict situations. Different kinds of dialogues form the basis of both works whereby the job interview, the jury, couple therapy as well as political negotiation can be cited as examples. They involve interpersonal communication as well as political discussion; raise questions regarding the manipulative character of conversational contexts that occur in the private and public spheres.

Doris Lasch / Ursula Ponn: If you don't create your own history, someone else will
Curated by Katja Schroeder

The photographic, film and installation works of Doris Lasch (*1972, Landsberg) and Ursula Ponn (*1965, Bad Aibling) reveal a great sensitivity for the complex interconnection between perception, representation, recollection and truth. The direction in which one looks is always important as to how the past is presented. This is decisive too for the way in which history is written as well as for the resulting developments in terms of political or cultural decision-making.

Within the scope of their exhibition at the Frankfurter Kunstverein, Ursula Ponn and Doris Lasch will examine how history and especially its role in the context of art, is instrumental in shaping a construct and how this in turn manifests itself. Moreover, they refer to concrete examples and deal with the historical and institutional validity of artistic activities that have been eagerly staged for the purposes of questioning the established art system and its criteria. In so doing, one’s focus towards the past comes into play in the exhibition, so as to scrutinize artistic production in the tension-filled area of constantly varying contexts. Here the concept of the retrospective also gains a new perspective in such a way that one’s view turns back to face ahead. By means of diverse media, Doris Lasch and Ursula Ponn will create a new installation that directly relates to the Frankfurter Kunstverein. This approach is in keeping with the way they have been working together since their studies at the Academy of Fine Arts in Munich as well as at the Jan van Eyck Academy in Maastricht, taking in the various works that came into existence over the past years. Similar to a mirror, reproduced time capsules will be opened that present themselves to the viewer, akin to the theatre as a play within a play or in art as an image within an image. Fiction and reality thereby enter into an alternating relationship.

A publication will appear to accompany the exhibition.

In her video works the Spanish artist Cova Macías examines the development of teenage identities. Within the framework of the “Deutsche Börse Residency Program” of the Frankfurter Kunstverein, Macías realized the video project “Horses in my dreams”, in direct relation to the city of Frankfurt am Main. This documentary project shows interviews of youngsters who report on their everyday social life in Frankfurt by means of their own individual languages and gestures.

A central part of the work concerns the conversations with a 16 and a 17-year-old pupil. After establishing initial contact without filming as well as participating in several intensive discussions, Cova Macías ultimately leaves the final word to them in front of a rolling camera. Beginning with certain subject areas provided by Macías, the youngsters report freely on their everyday experiences within their personal spheres while living in the city of Frankfurt. Macías carefully prepares the youthful protagonists for the camera situation and makes them aware of mechanisms concerning the medium. For the recording of individual film sequences, the artist and the two teenagers visited particular places in the town that play important personal roles. Thus, as they become well acquainted with the camera in front of them, surprising admissions and insights are initiated relating to the protagonists’ daily existence. Cova Macías succeeds, through her sensitive actions, in holding onto important aspects of identity formation in the context of youth culture without disregarding the insecurity of the protagonists.

Cova Macías (*1976 in Oviedo, Spain) lives and works in Paris. She studied photography at the art school of Oviedo. In recent years she took part in exhibitions and video projects at different various museums and art centres, for example at the Palais de Tokyo in Paris, Museo Nacional Centro de Arte Reina Sofía in Madrid and participated within a travel exhibition from Instituto Cervantes among others in Damascus, Syria.