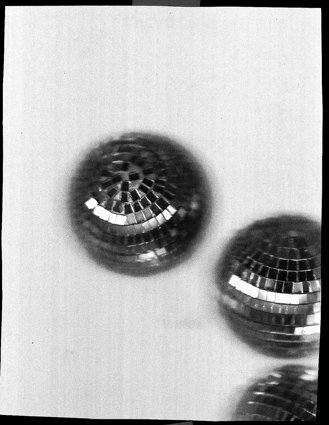 Agathe Snow, "Views From the Top, Vertigo and Constellations"

Agathe Snow was born in Corsica and lives in New York. Her work is based on narratives of environmental collapse, sexual dysfunction, religious or moral decay, and physical disorientation, and simultaneously invokes netherworlds of decrepit horror as well as suggestions for rescue, celebration, and survival. Her installations typically include one or two large-scale sculptures accompanied by smaller pieces and performances. She recently took part in the Whitney Biennial in New York.

"Views From the Top, Vertigo and Constellations" is the fourth phase in a wider project devoted to the spirit of Leonardo da Vinci and the American Dream. For the rooms at Jeu de Paume, the artist has created an installation linking the mezzanine and the basement, and forming a space dedicated to ideas and thought, directed towards the hope of developing a new universe where rebirth might be possible – “a particular state of mind rid of all superfluous accessories, of boredom, moralism and fatalism; an as yet nameless concept to be considered as an epoch that lies in the future.”

The exhibition "H F | R G" brings together the visions of two important contemporary artists, Harun Farocki and Rodney Graham, whose work has a great deal in common, not least their film and video and their interest in the medium and its history and in self-representation.

Both will present film-based installations reflecting four themes that structure their respective bodies of work: the archive, the nonverbal, the machine (and devices), and editing. Both artists will produce a new work for this exhibition.

Rodney Graham was born in 1949 in Vancouver, where he studied the history of art, and where he still lives and works today. He began exhibiting in North America and Europe in 1980, and in 1992 he featured in Documenta IX in Kassel and represented Canada at the Venice Biennale. In his films, videos, photographs, architectural models, books and musical scores, Graham explores the forms and devices determining our perception of art. He analyses the formal and narrative structures of different media in order to subvert them.

Harun Farocki was born in 1944 in Germany. He studied at the Deutsche Film und Fernsehakademie in Berlin, where he currently lives and works. He began his career as a film director and was editor of “Filmkritik,” a magazine in which, from 1974 to 1984, he articulated an important set of theoretical ideas about the image. Employing a wide range of media (photographs, drawings, documentary images, films), his own work analyses the convergences of war, economics and politics within the social space. In parallel to this, since the early 1990s he has been making video tapes and installations concerned with the production and processing of images in the media and the institutions that disseminate them.

Exhibition organized with the support of Neuflize Vie,
global partner of the Jeu de Paume.

SOUVENIRS FROM EARTH TV is partnerning Jeu de Paume for the [Harun Farocki | Rodney Graham] exhibition. Throughout the duration of the show, this unusual TV station will serve as an extension of the gallery by broadcasting a programme of films by Farocki and Graham on Freebox channel 129 every Monday, when the Jeu de Paume space is physically closed.

In collaboration with architect Andreas Angelidakis, The “Angelo Foundation: the Headquarters“ is an attempt to give physical architectural form to this complex set of propositions. As this random multiplex takes shapes, it will be gradually inhabited by the programmatic interventions of Angelo Plessas. These programs could include performance spaces for Robot Poetry readings, psychological evaluations for potential foundation board members, an Angelo Currency conversion stand, a consultation stand for Internet hook-ups, sensual multi-space installations, blog coalitions, sculptures, Facebook applications and various other opportunities and communications. The result will be a combination of architectural proposals together with web applications and spontaneous performances by Plessas and Angelidakis, sometimes taking the form of downloadable objects, while other times they will just appear on the Jeu de Paume website like an ephemeral flash for a few hours. These will be gathered in various media such video, image, links and flash animations under one website to be revealed at the inauguration of the proposal for an Angelo Foundation headquarters multiplex.

The project will be ongoing and constantly under construction for the duration of its presence on http://www.jeudepaume.org.

With the support of the Fondation Nationale des Arts Graphiques.
In collaboration with l'hôtel Renaissance.