Wuppertal based Collectors of Contemporary Art 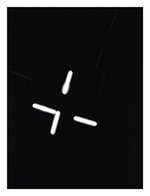 The Boros Collection in Berlin's Bunker is a household name in the art scene. However, very few people know that Christian Boros comes from Wuppertal. He built up his collection from here over many years. He belongs to a small but select group of collectors from Wuppertal who have contributed to the exceptional art tradition in this city.

The commitment of private sponsors and collectors is part of a special tradition in Wuppertal which developed a hundred years ago during the first Expressionist exhibitions. Shortly after the Second Wold War, Wuppertal became re-established as one of the focal points of the art scene.

The first important impulse came from the legendary Parnass Gallery which was founded by the architect Rolf Jährling in 1949 in war-ridden Wuppertal. To begin with, this gallery showed Art Informel with works by Bernhard Schultze, Emil Schumacher and Gerhard Hoehme. At the beginning of the 60's the gallery became an important venue for the Fluxus movement. This is where Nam June Paik, Wolf Vostell, Joseph Beuys and Bazon Brock met in 1965 for the "24-hour Happening". An exhibition in 1964 on "New Realists" showing Gerhard Richter, Sigmar Polke and Konrad Fischer-Lueg was a further outstanding event at the Parnass Gallery. It followed a highly unconventional "front garden show" which took place during the previous winter. Gerhard Richter's "Bomber" (1963) was among the pictures placed in the snow covered front garden.

In the 60's and 70's Gustav Adolf and Stella Baum's passion for collecting defined the city's art scene. They had already started buying important works by Joseph Beuys, Wolf Vostell, Gerhard Richter and Konrad Fischer-Lueg during the "early years".

In 2001 Hildegard and Dr. Jürgen W. Holze gave the museum their extensive collection of Concrete and Constructivist Art which they had built up over many years. Thanks to this donation, pictures by Jo Delahaut, Adolf Fleischmann and Richard Paul Lohse will be on display. Prof. Bazon Brock who is dedicated to research and teaching in the fields of aesthetics and cultural mediation, has loaned pictures by Gerhard Merz, Bernhard Blume, Werner Büttner and Wolfram Ebersbach from his collection. Hans-Georg Lobeck of Wuppertal will show works by Marcel Dzama, Rowena Dring, Sven Drühl, Melissa Gordon, Lucy McKenzie, Stefan Kürten and Michael Majerus. These contributions from his collection represent internationally discussed artistic approaches. Christian Boros who runs a communications agency and who has a pied-à-terre both in Wuppertal and Berlin, has selected photographs by Wolfgang Tillmans, aquarelles by Ulla von Brandenburg and Dirk Stewens, objects by Terence Koh and also works by Alicja Kwade and Daniel Lergon from his collection. Many works which once led a hidden existence in the hands of private owners from Wuppertal are now available in extensive museum collections and although quite a few of the exhibits in the show "Privat" still belong to residents of this city, they can now be viewed by the public for the first time.