Wolfgang Zurborn; in addition to the photographic series "Drift" and the recent project "China! Which China?" (which was published as a bibliophilic leporello), a selection of the early black and white works (1980 - 1985) will be presented for the first time. Herbert Tobias' retrospective focuses on the 1950s and 60s, his most productive phase, during which he mainly lived in Paris and Berlin. Instead of relying on a chronological or genre-based order, the display concept traces the central moods and attitudes that determined Tobias' worldview. 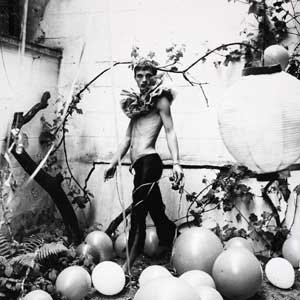 “Drift – Photography 1980 – 2006“, shown at the House of Photography, is the first comprehensive exhibition of the work of Wolfgang Zurborn (born in 1956).

In addition to the photographic series “Drift” and the recent project “China! Which China?” (which was published as a bibliophilic leporello), a selection of the early black and white works (1980 – 1985) will be presented for the first time. These works already show the artistic approach of Wolfgang Zurborn’s work of the past 25 years.

Ingo Taubhorn, curator of the show, says: “I have known Wolfgang Zurborn ever since the time he was studying Photography and have been intensely watching his work as an artist. More than any other German photographer he has remained true to his personal imagery which he has been continuously developing – from the first black and white works to the complex colour exposures. In high-standard compositions, the viewer is confronted with a multifaceted reality that – at second glance – irritates since it is composed of fragments, which are no longer based on personal experience. Like Lewis Mumford already said in 1952, we are confronted with a ‘second-hand’ world.” (Ingo Taubhorn)

Wolfgang Zurborn’s photographs show the world as cutouts. Often views are obstructed; various layers are being related to each other. Zurborn includes reflections, shades, and billboards in his pictures. Two-dimensional surfaces break through three-dimensional space; together they form the picture’s plane.

Zurborn uses principles like focus and out-of-focus as elements of composition, thus fragmenting the picture’s space while details and colour combinations open up new perspectives. In their complexity, Zurborn’s photographs demand the observer to take a closer look.

In approaching the foreign world of the highly complex mega cities of Peking and Shanghai, especially after the Olympics of 2006, Zurborn takes the challenge to translate this world into his pictorial language. He underlines closeness rather than depicting the unknown, exotic distance of these cities: “In these cities, the world appears to me as a condensed collage of signs, bodies, and spaces, something like a semiotic overkill, which – at first sight – I am unable to decipher.” (Wolfgang Zurborn)

Tobias’ glamorous fashion photography and his impressive portraits of the young Klaus Kinski, Zarah Leander and Velvet Underground’s iconic Nico are widely known today. Nevertheless, his name has been forgotten.

These exhibition is the first retrospective of the photographer’s work. It focuses on the 1950s and 60s, Herbert Tobias’ most productive phase, during which he mainly lived in Paris and Berlin. Instead of relying on a chronological or genre-based order, the exhibition concept traces the central moods and attitudes that determined Tobias’ worldview. On the one hand, his photographs, whether self-portraits, street scenes from a devastated post-war Berlin or male nudes, are distinguished by restrained and poetic tones, melancholy, longing and sensuality. On the other hand, we experience Tobias as a choreographer of grand entrances, a narrator of enigmatic stories or an arranger of existentially dramatic tableaux. Even in his apparently conventional fashion photography he achieves memorable and striking images.

Beyond this, Tobias repeatedly appears as a homosexual artist: he never disavowed his erotically charged gaze on men, but flaunted it openly. In a time in which homosexuality was still a criminal offence he therefore took a political stand, too.

The exhibition is a cooperation of the Berlinische Galerie and the House of Photography at Deichtorhallen Hamburg. The artistic estate of Herbert Tobias is among the most important materials held by the Photographic Collection of the Berlinische Galerie. With around 200 exhibits, the artist’s impressive work will be presented in all its variety for the first time: beginning with the photographs Tobias took as a 19-year old soldier on the eastern front, including images from Paris and from his work in the Berlin years, and leading up to the erotic photographs of men that – in varying intensity – appear in all periods of his work.

Herbert Tobias is born in Dessau in 1924. He grows up in a petit bourgeois household and begins taking photographs as a child. His aim of becoming an actor remains unfulfilled after the early death of his father in 1936. He completes an apprenticeship as a landscape surveyor instead and is called up to national service in 1942. Initial photographs of stunning artistic maturity are taken on the eastern front during World War II.

After the war, Tobias spends a year at drama school and subsequently meanders across provincial Germany with a touring theatre company.

He comes out in the late forties. In 1951, he moves to Paris with his boyfriend, where he occasionally works for the famous fashion photographer Willy Maywald and publishes his own photographs for the first time. His win in the Frankfurter Illustrierte cover page contest suddenly makes him famous. He moves to Berlin in 1954, where he spends the most successful years of his career. Tobias works for renowned fashion labels and various magazines. He also completes many independent assignments, including cityscapes, celebrity portraits and, above all, photographs of men.

At the peak of his career he goes off the rails, tries himself again as an actor and singer, but virtually loses all touch with society due to his unsteady, erotomanic life style that is filled with excessive drug abuse. He goes to Hamburg in 1969, designs record sleeves for various music labels and works for gay magazines. An exhibition in the Galerie Nagel in Berlin in 1981, for which Tobias re-prints the photographs he took in the fifties and sixties, ushers in the photographer’s rediscovery. He is unable to complete a planned and far advanced project for a book. In August 1982, he dies of Aids in Hamburg.