Museum on the Seam

Museum on the Seam, Jerusalem

The exhibition is based on diverse aspects of distinctions, positions, beliefs, ideologies, and social, political and economic points of departure that explore the complex encounter between man and the environment and between man and nature. Comprising a broad range of works, the exhibition marks out the boundaries of an expanse to which landscape and nature values apply, and the boundaries of a subjective expanse that contains the built environment. Works by 37 international artists, curator: Raphie Etgar. 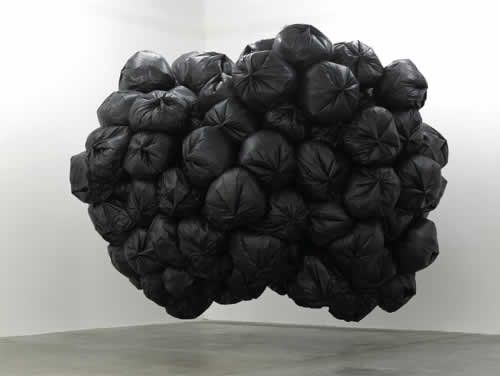 The NatureNation exhibition is based on diverse aspects of distinctions, positions, beliefs, ideologies, and social, political and economic points of departure that explore the complex encounter between man and the environment and between man and nature. The exhibition is not based on a romantic reading that interprets nature and its expanses as pre-existent to man’s shaping intervention. Rather, it proposes a critical reading, which presumes that the encounter between them is a mirror for broader phenomena. This mirror reflects the crisis in the relations between man and nature, which finds expression in neglect, conquest and deterioration.

The works of art in the exhibition and the anthology of essays in the catalogue will endeavor to touch upon this crisis and upon the ideological breakdown that has led to it. A particular emphasis is placed on the ecological discussion, interpreting it as a critical social discourse in which one can read the political forces and economic interests that bring about appropriation of nature’s expanses. Comprising a broad range of works, the exhibition marks out the boundaries of an expanse to which landscape and nature values apply, and the boundaries of a subjective expanse that contains the built environment.

The discussion will therefore focus not only on the point of disconnection between man and nature, but also on the embodiment of the conflicted expanse common to all, which is planted deep between man and nature, between the private and the public, between the local and the global. The connection that has always existed between man and his environment is also the essence that connects him with the landscape of his life and serves him as a mirror to himself. This connection completes his world from the outside inwards, and, conversely, is it the connection that gives him the meaning of his physical and spiritual life.

In the first book of the Bible, the creation of man is described immediately after the creation of nature. Then, after recounting how God blows the breath of life into Adam’s nostrils, the narrator takes the time to describe the environment God created for him: "And God formed man from the dust of the earth, and blew the breath of life into his nostrils, and man became a living being. And God planted a garden in Eden, in the east, and placed there the man that he had formed. And God caused to grow every tree that is pleasant to the sight and good for eating, with the tree of life inside the garden, and the tree of knowledge of good and evil" (Genesis, 2.7-9).

As we know, Charles Darwin thought differently, as would the world after him. Darwin, who argued that the animal and the vegetable world follow the principle of natural selection, in effect based his doctrine on the law by which the strong survive and the weak become extinct. His book The Origin of Species, published in 1859, made it clear to what extent our adaptation to the environment is necessary for our existence. On the other hand, man’s anomalous actions can activate phenomena that will influence the world’s existence and its future.

Will man once again stand facing Hell, the Inferno, suffering from his sins and terrified of the mighty forces of nature? as Dante describes in The Divine Comedy:

I came into a place mute of all light Which bellows as the sea does in a tempest, If by opposing winds't is combated. The infernal hurricane that never rests...

Today the world is facing the might of economic superpowers that operate in the shadow of global market interests and stimulate wasterich industries to pollute the air around us. This is a closed circuit of wealth that accelerates the damaging of the environment and makes it impossible to repair the accumulating ecological damage. This harsh claim, which accuses humanity of creating the process, is also the opening that will allow humanity, when it acknowledges its guilt, to turn the wheel backwards.

We are witnessing the might of the political expressions and the increasing power of capital. Lofty terms – "the nation", "the free citizen", "the rights of the individual", "equality before the law" – have concealed the sad reality of the centralization of capital, the polarization of classes, and the capitalist society’s endeavors to exploit the social and natural environment. The influence of these interest-motivated forces, which do not recoil from polluting the atmosphere and the water, from exterminating forests and destroying the soil with toxic materials, is making its mark on the development of species and the existence of man. The changing ratio among the gases in the atmosphere as a consequence of unbridled and irresponsible burning of different kinds of perishable fuel used by man is a threat to the climate of the entire world. We have learned that "in the past decade alone the average temperature in the world has risen with a rapidity that has brought about disastrous phenomena, such as floods and heatwaves that have hit sensitive populations. The dangerous level of radioactive waste that is accumulating inside living bodies is a threat to the health and the genetic reservoir of almost all living creatures. These are only several examples of the ongoing pollution that is threatening the biological quality of all the advanced life forms, mankind included".

The anorganic, the synthetic and the complex are replacing the organic, the natural and the simple. Materials such as plastic and concrete tend to take over every portion of nature. The mass food industry has turned the traditional agricultural farm into an industrial plant based on chemical control and blind, extensive mechanization, in most cases totally ignoring the natural environment in the vicinity and the danger of causing irreversible damage to the soil.

These changes influence us on all levels of our life. In the big cities, which are populated by multitudes of humans, it is necessary to provide employment, to feed, and to transport millions of people, and this augments the trend to centralization, totalitarianism, and control by the bureaucracies in modern industrial capitalism. The bureaucratic scale, which is based on urban mega-dimensions and on mass organization, has replaced the human scale. Life is becoming a homogeneous, monotone replication of the apparati that control and direct them. In terms of the ecology, capitalist manipulation and exploitation are canceling out the achievements of man’s integration in his organic environment.

Today’s society is demolishing the biotic pyramid that humanity has been building throughout its history, by replacing the simple connections between man and nature with complex ecological relations that are slowly returning the biosphere to an earlier state, to a situation in which only simpler life forms will be able to survive. If this fateful reversal of the evolutionary process continues, it will not be merely an imaginative speculation to presume that the preconditions for the existence of more developed life forms will be irreparably destroyed, and the planet will become incapable of sustaining the human species and the other species around it.

At this stage we all need to face the worrying question: How can we, as individuals and as a society, act and contribute to halt these distressing phenomena?

stampa
permanent link
Museum on the Seam
IN ARCHIVIO [3]