This project was born from an observation, the doggedness of a certain form of Romanticism (in its melancholic acceptance) in the contemporary and conceptual art of today. Works by Bas Jan Ader, Jean Baptiste Bernadet, Inaki Bonillas, Patricia Dauder, Edith Dekyndt, Cyprien Gaillard, Amy Granat & Drew Heitzler, Barnaby Hosking, Marine Hugonnier and others. 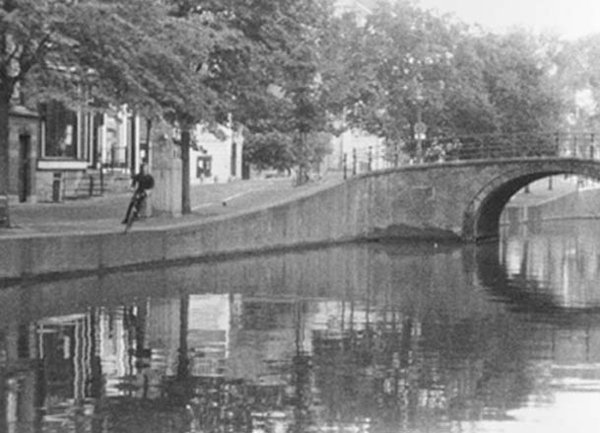 This project was born from an observation, the doggedness of a certain form of Romanticism (in its melancholic acceptance) in the contemporary and conceptual art of today. But doesn’t this doggedness come from the intrinsic foundation of our being, whose duality between reason and emotion creates melancholy? Have not the negation and denial of this natural inclination towards romanticism revitalised its very sense and existence?
Historically, Romanticism has been asserted as a rhetorical critic of an ideology based on the logic and material constraints of the period of industrialisation and beginning of mass society of the 19th century. It was a question of giving free rein to the spontaneous power of emotion versus the rationalism that dominated the period of Enlightenment to which the German political and literary movement of the second half of the 18th century – “Sturm und Drang”,1 the forerunner of Romanticism – was already opposed.
The definition of Romanticism proposed by Baudelaire in his text The Salon of 1846 covers the main basic principles: emotions, individualism, interiority, infinite, a fusion with nature becoming a reflection of the soul.2

Much later, minimal and conceptual art reacted against the mythical and so-called pretentious speech of the abstract expressionists, extolling a certain lyricism and the emotional strength of the spontaneity of the gesture, to mention but a few aspects. That is when the ideas was born that art must be totally pure and detached from any affectation. When Sol LeWitt wrote in Paragraphs on Conceptual Art in 1967: “It is the objective of the artist who is concerned with Conceptual art to make his work mentally interesting to the Spectator, and therefore usually he would want it to become emotionally dry..() The expectation of an emotional kick, to which one conditioned to Expressionist art is accustomed (…) would deter the viewer from perceiving this art”.
But as Jorg Heiser 3 emphasises, why would a spectator not think that a work is mentally interesting and that he can be emotionally affected by it? In fact, it was two years later, in 1969, that LeWitt published a new pamphlet in his Sentence on Conceptual Art in the first issue of Art and Language, when he wrote: “Conceptual artists are mystics rather that rationalists” and “They leap to conclusions than logic cannot reach”.
The idea behind this was developed borrowing from the work of exposition Bas Jan Ader (1942-1975), who today is recognised as the key figure that incarnates these two tendencies that are diametrically opposed: Romantic and Conceptual.
Disappearing in mysterious circumstances in 1975 while crossing the Atlantic in a small motor boat – a voyage that corresponds with the 2nd part of a triptych that he had called “In Search of the Miraculous” – Bas Jan Ader studied in southern California at the end of the 1960s at a time when minimalism and conceptualism tended to eliminate any personality cult in the work in favour of a more objective and scientific approach.