Experimental poetry in the Spanish state (1963-1984). Curated by Fernando Millan, the exhibition presents more than 400 objects relating to visual and sound poetry, book-objects and poem-objects, as well as press reports, photographs and graphical material of public performances. The show brings together the contributions of almost 300 different authors, and represents the first exhaustive review of this cultural phenomenon that occurred during the last years of Franco regime and the beginning of the democratic era. 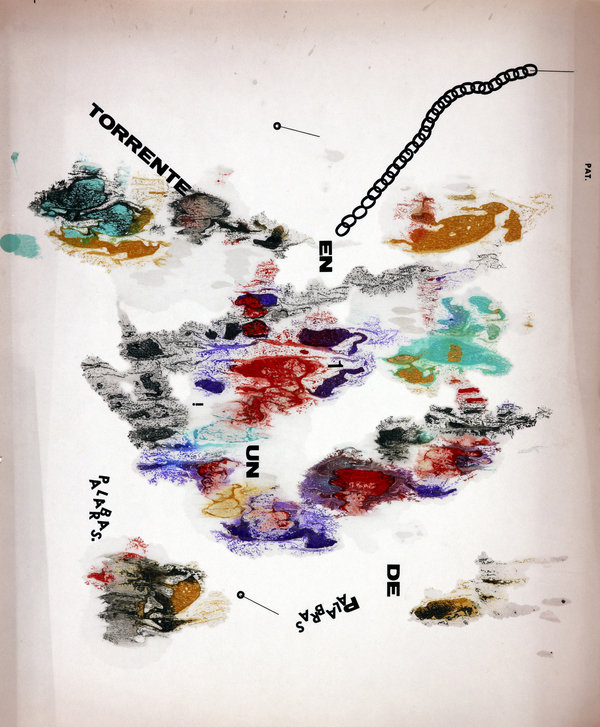 Artium, Basque Centre-Museum of Contemporary Art, presents the exhibition It is written. Experimental poetry in the Spanish state (1963-1984) (Lower East Gallery, until September 20), possibly the most thorough examination made to date of the writers who played a major role in the birth and development of this creative movement, as well as their theoretical, aesthetic and social proposals. The exhibition, curated by Fernando Millán, one of the leading representatives of experimental poetry, contains more than 400 objects, ranging from original, unpublished works of visual and sound poetry, book-objects and poem-objects, among others, as well as press reports, photographs and graphical material of public performances. The exhibition also contains a film projection room and a library with key reference material on the subject. It is written is a joint production of ARTIUM (Vitoria-Gasteiz) and the Patio Herreriano Museum (Valladolid), sponsored by the Ministry of Culture and the El Correo newspaper.

It is written brings together the contributions of almost 300 different authors, more than 200 of which are Spanish, and represents the first exhaustive review of this cultural phenomenon that occurred during the last years of Franco regime and the beginning of the democratic era. This is an obscure era, little known to the public at large and even many specialists, due to the circumstances under which the new avant-garde movements were developed and to the dispersion and oblivion into which much of the cultural production of those times has been subjected.

As Fernando Millán points out in the prologue to the exhibition catalogue, “the term ‘experimental poetry’ refers firstly to a historical period, secondly to a series of theoretical, aesthetic and social proposals, and lastly to a number of writers who, during that historical period, produced intentionally aesthetic works”. In this sense, both this concept and the exhibition refer to the sixties and seventies in Europe and America, the same period that witnessed the consolidation of mass societies and culture and the popularisation of information and communications technologies.

In Spain, in spite of the impoverished cultural scene of the dictatorship, the neo avant-garde movements, and especially experimental poetry, developed considerably, as did other artistic disciplines, which also emphasised the importance of experimentation, such as theatre, music, painting and the film industry. This was the era in which traditional genres were questioned and other new art forms emerged with much fuzzier boundaries.

On the other hand, the theoretical and aesthetic proposals of experimental poetry are based, as Fernando Millán points out, on the idea of Utopia as the driving force behind change and transformation, the radical approach as a dynamic system that guides aesthetic productions, and transgression as a formula to overcome vital, cultural and sociological contradictions. And finally the authors: two hundred of them, not only Spaniards but also a large number of international figures are represented in the exhibition, ranging from Juan Hidalgo, Walter Marchetti and Ramón Barce, creators of the Zaj group, which José Luis Castillejo was to join subsequently, to José María Figueres and Rafael de Cózar, including Fernando Millán himself, Julio Campal, Joan Brossa and Felipe Boso.

The exhibition In the Lower East Gallery of ARTIUM, Fernando Millán has created six different areas, as well as a film projection room and a library. The first three areas (A, B and C) have a largely chronological arrangement and set out the history of the neo avant- garde movements of the sixties and the experimental poetry of the seventies through a number of works, documents, photographs, books and magazines, among other objects.

With a more formal layout, Areas D, E and F show a selection of works relating to experimental poetry. In the first of these, the spectator can examine a selection of 50 experimental poems in a digital edition specially developed for this exhibition. Leading examples of visual poetry, sound poems and textual poetry are displayed on the screens. Area E exhibits examples of sound poetry, object-poems, object-books and action-poetry. Finally, area F shows the works of Spanish and non-Spanish authors who made a relevant contribution to international exhibitions of experimental poetry.

The exhibition is complete with a library and film projection room. In the latter, one can see films made during that period, characterised by abstraction and the aesthetic transgressions that were also defended by poets. These include "Pêche de nuit", produced in 1963 by several authors including Henri Chopin, creator of the sound poem, who died last year. Likewise, in the film projection room, two films by Javier Aguirre dedicated to Julio Campal and Jorge Oteiza will be shown. Finally, the library is intended to help visitors to become familiar with a number of experimental poetry publications and, on the other, to allow experts to delve into the theoretical and practical aspects of the genre.

Activities:
The materialisation of poetry, talk by Fernando Millán at ARTIUM, Friday May 29, 7 PM
Course-workshop on experimental poetry, given by Fernando Millán. June 9 - 12.
The contemporary scene: Psychophonies of the soul. L’Alakran Compagnie. Friday June 12
Art and action. Phonetic, visual and action poetry With Los Torreznos, Nieves Correa and Kukubazar

C/ Francia, nº 24 01002 Vitoria-Gasteiz
From Tuesday to Sunday: from 11 AM to 8 PM, without interruption
Mondays: closed (unless this coincides with a public holiday)
The ticket office will remain open until half an hour before closing time