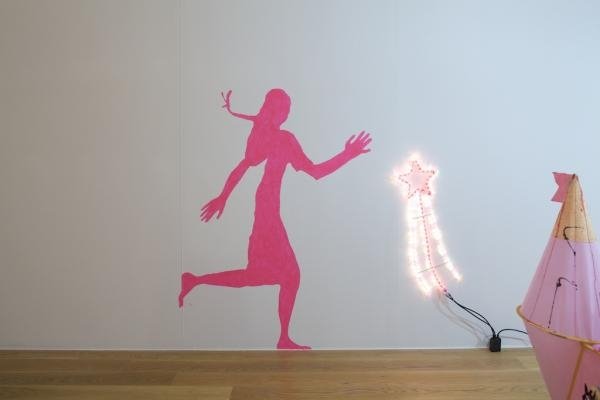 With the exhibition ‘LIVING TOGETHER. Strategies For Co-Habitation’, MARCO of Vigo continues strengthening their programming of thesis and group shows which this year 2009 joins a new line of solo shows to complete the exhibitions and activities offered for the following months.

Produced by Centro Cultural Montehermoso of Vitoria-Gasteiz, and curated by the Director, Xabier Arakistain, and Emma Dexter, LIVING TOGETHER deals with the notion of co-habitation in contemporary world, and with the social and political values that conforms it. The exhibition brings 14 artists from a variety of contexts together, who show recent works that have been made over the last six years, but also works specially commissioned for this project: photographs, videos, installations, video installations, paintings, sculptures, and other media.

Beginning with a ponderance on plurality of groups and individuals in today’s society, LIVING TOGETHER offers various narrative visions and values which regulate the idea of co-habitation. The curators have planned the exhibition as an exercise of analysis, by bringing artist groups and artists together with different origins, who — with a critical eye — research the concept of co- habitation and the role played by the systems of representation in contemporary world.

The works and artists present in this exhibition propose an open and multiple reflexion, as they formulate alternative strategies for co-habitation. According to the curators, “In an age that celebrates individuality, the works show how groups and communities form themselves into alternative structures for mutual support and advancement, and how hope resides in activism, agency, and DIY action, against a background of general political apathy.”

Text by the Curators
“What is happening with and within the interrelational space of contemporary societies? What mechanisms, that very often operate covertly, are being used to arrange it? Which values must we question, build, agree and guarantee, in order to create the basis for a better coexistence in the 21st century?

LIVING TOGETHER deals with a number of social, political, economical and emotional conflicts that characterise the beginning of this century, and demonstrates that these spheres are intimately related. Invoking the conflicts that bring the broad gamut of present subjects into confrontation with one another, the show sets out to question how narratives, that inform and regulate the idea of living together in our societies, are constructed and negotiated. The exhibition examines various long, medium and short term narratives, such as those governing social values, or the freedom of the individual and their social and/or state control, to migratory flows, sexual or ethnic difference, work, unemployment, poverty, human rights, etc, that are either perpetuated or re-built on a daily basis.

The exhibition has been constructed as an analytical device that seeks to reveal the web of ideologies feeding these narratives and producing these conflicts, as well as showing the part that representational systems play in the processes of negotiation or the imposition of coexistence.

LIVING TOGETHER brings 14 artists from a variety of contexts together, presenting recent and specially commissioned work in painting, sculpture, installation, text, performance, photography and video. In these works, while taking very different positions, the artists propose multiple and open explorations of the questions outlined above, offering a series of contemporary strategies for cohabitation that are an alternative to the hegemonic ones. In an age that celebrates individuality, the works show how groups and communities form themselves into alternative structures for mutual support and advancement, and how hope resides in activism, agency, and DIY action, against a background of general political apathy.

Gardar Eide Einarsson’s austere signs and flags express a strongly critical view of governmental authority, power and control exercised over individuals and groups, while Nicole Eisenman’s paintings explore the very nature of the human condition - using bleak humour she reveals society as groups of isolated individuals struggling to cope, existing not being. The artist group Claire Fontaine’s customised coins, neons and other apparently innocuous objects function at the interface between art and activism, exposing the aggression and violence inherent in hyper- capitalism.

Josephine Meckseper’s sculptures and installations probe the interface between high fashion, commodity fetishism and political activism, and the symbolic realm occupied by objects of desire or ideological aspiration. Mai-Thu Perret has created a meta-narrative of an all female community who have turned their backs upon society: her giant teapot a possible relic of US South Western Desert alternative cultural fantasy. Daniel Baker’s installation creates a disorientating labyrinth of ambiguous and contradictory signs and messages, his mirrored surfaces creating multi-layered works referencing culture, history, authorship and agency. Marcus Coates’s brand of poetic conceptualism holds out hope for the continuance of social cohesion and community by deploying beauty and spirituality to combat isolation and decay.

Delaine Le Bas’s delicately embroidered and collaged installations conceal bitter anger in the face of continuing hypocrisy and prejudice expressed against marginalized communities. Artur śmijewski’s video, is an experiment designed to reflect the conflicts inherent in society; in Them, the artist deliberately engineers a confrontational meeting of radically different but equally polarized groups — the result is simultaneously hilarious and depressing. Lynette Yiadom- Boakye’s paintings always focus upon an imaginary subject; in Pleased to Meet You she explores a single individual as they evolve in different moods and ages; her oeuvre explores the enigma of the self in relation to surroundings and the context of a community of others.” Xabier Arakistain & Emma Dexter