The latest in a series of summer exhibitions that bring together international artists from a variety of cultural positions to reflect on topics driving the development of contemporary culture. 'Universal Code' presents responses from a broad range of contemporary artists to cosmology and ideas of the universal in our current information age, a time of significant scientific and technological development as well as rampant globalization. 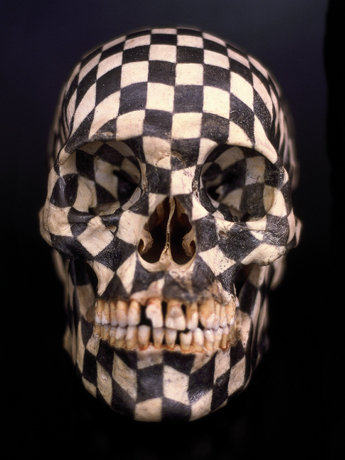 'Universal Code' is the latest in a series of summer exhibitions organized by The Power Plant, that bring together international artists from a variety of cultural positions, to reflect on topics driving the development of contemporary culture. 'Universal Code' presents responses from a broad range of contemporary artists to cosmology and ideas of the universal in our current information age, a time of significant scientific and technological development as well as rampant globalization.

Whereas once the sky suggested the limitless, now a network of satellites enmesh the globe in a massive field of signals that unite the world in a "universal" web of telecommunications. Enabling instantaneous connection across vast distances, the new technologies also render visible what was formerly hidden at the bodily and even the cellular level. Corporate communications networks and digital technologies have in effect refigured the contemporary sense of the world and the universe by transforming historical understandings of time and space. In response to this current condition 'Universal Code' presents artists who look back on the modern era to consider the universe, the infinite and the eternal from a range of differing religious, scientific, philosophical and cultural positions.

Works in the exhibition draw and reflect on scientific discoveries related to the universe and the nature of life, from the mapping of intergalactic space, through to research into the microcosmic world of DNA coding. However the exhibition is not a celebration of scientific and technological advance. While many of the artists seek to engage the viewer in the awe and enigma of concepts of the universe, they are also concerned with shifts in the geo-political order brought on by the digital revolution, coupled with unresolved tensions that exist between differing belief systems.

Many of the artists look back to former times, including the pioneering era of space exploration, in order to elucidate aspects of the human condition in the current moment. Others address the increasing levels of surveillance that have developed in recent times and the incursion of satellite positioning systems into the private life of the individual. Still others ponder the disconnect that persists between differing cultural and religious beliefs, thereby questioning the myth of a globalized and thereby connected world.

The exhibition suggests that artists may be once again examining culture in relation to connectivity, as opposed to difference, without positioning the universal as a neutral construct. It includes artists for whom connectivity is articulated through intricate relationships between our evolving understanding of the cosmos, the production of scientific and biological knowledge, systems aesthetics, cultural belief systems, information technologies and global power relations. 'Universal Code' considers the response of artists to these relationships in the aftermath of globalization, reflecting the complexity of the world we currently inhabit. It charts the renewed interest of artists in concepts of the cosmological and immeasurable in an era where there is no longer a fixed scale that measures value, thereby producing a consequent loss of cultural and scientific certainty. Ultimately the response of the artists is poetic, positioning the universe as a void full of potential but also as a field riddled by elision and enigma.