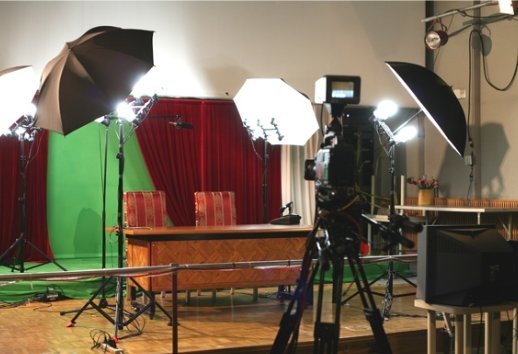 The MAK Center for Art & Architecture is currently presenting The Isle, a mixed media installation by artists Nasrin Tabatabai and Babak Afrassiabi.

The Isle is about the architectural and political incongruities of an Iranian island in the Persian Gulf called Kish. This presentation is the third and final part of a project by the artists, begun in 2005 with the installation Sunset Cinema and continued in 2007 with Undecided Utopia.

The island of Kish lies eighteen kilometers from the southern coast of the Iranian mainland. Its modernization was "inaugurated" in December 1977 by the landing of a Concorde Supersonic at a new airport that had been built to accommodate an exclusive, hyper modern leisure resort for the country's royal elite and their international guests. A year later, the Islamic revolution would suspend the completion of this project. Soon thereafter the new government declared Kish as Iran's first free trade zone, applying the principles of a free market economy to attract foreign investment. By 1994, almost 55 percent of the island was given to tourism. In 2009, a privately initiated project for a luxury business and tourist resort, which had involved more than 20 German architecture firms for its development, was halted; the envisioned "internationalism" of the project would prove incompatible with the prevailing sociopolitical conditions in Iran. Yet Kish, an hour and half flight south of Tehran, has remained a tolerant oasis for Iranian tourists who desire escape from the societal restrictions of the mainland.

Throughout its modern period, the island of Kish did not fulfill all that was desired for it to be. Subjected to the politics of mainland Iran, the island finds itself lingering between opposing ideologies, caught in a geopolitical indecisiveness that prevent it from retaining a sense of "place". Kish fails to situate itself historically and in relation to the geography that surrounds it. In many respects the island of Kish has become the "other" of its surrounding developments in the Persian Gulf.

Through videos, models, and re-appropriation of found documents, the Isle re-articulates the unresolved instances of Kish's modernization into representations of (unfulfilled) desires as symptoms of a modernity manifested in un-destined and ambivalent forms of architecture.

The MAK Center for Art and Architecture extends special thanks to the Federal Ministry of Education, Art and Culture of the Republic of Austria; the Consulate General of the Netherlands, New York; and the Mondriaan Foundation of the Netherlands for their support of The Isle.

About Satellite Geography: as long as it is aiming at the sky:

On June 30th, Nasrin Tabatabai and Babak Afrassiabi will give a public presentation about their current video project–in–development entitled Satellite Geography: as long as it is aiming at the sky. A survey about Los Angeles-based Iranian satellite television stations, this project addresses aspects of the tele-visual mediation and production of geographical and communal identity and politics.

Today, there are more than 20 satellite TV stations broadcasting internationally in the Farsi language from Los Angeles, with the majority of their audience living inside Iran. What is retained through these TV programs is their twofold geographical, political and cultural identity: an ambivalence of here/there, now/then, and now and the eventual future, identified and elaborated by both the audiences living in and outside of Iran. These programs have come to produce a surplus geography with a political and cultural identity that is indecisive and liminal in nature, while fostering a community of hosts and audiences. This has given these television programs the character of an enclosed tele-visual micro universe that constantly refers to and comments on its own production and reception structures.

During the evening's discussion, Tabatabai and Afrassiabi will present video footage gathered during two month of research in Los Angeles.

Nasrin Tabatabai and Babak Afrassiabi live in Rotterdam and pursue an art practice both in Iran and the Netherlands. They began Pages in 2004, which consists of art projects, and a bilingual Farsi/English magazine. With Pages they try to create possibilities for reflecting on politically and socially contingent conditions of cultural practice in order to generate space of criticality. Their work has been featured in solo and group exhibitions in Latin America, the United States, the Middle East, and throughout Europe.

Nasrin Tabatabai and Babak Afrassiabi are the sixth Fellows sponsored through the MAK Center's Urban Future Initiative. The mission of the Urban Future Initiative (UFI) Fellowship is to promote meaningful exchanges between cultural thinkers from diverse nations in order to cultivate visionary conceptions of the urban future.

Image: From Satellite Geography: as long as it is aiming at the sky, PAGES, 2009

MAK Center for Art and Architecture at the Schindler House
835 North Kings Road West Hollywood, CA 90069
Hours: Wednesday through Sunday, 11 am to 6 pm
$7 general admission, $6 students and seniors, free for Friends of the Schindler House