In the exhibition (transl. "Together into the Future") 13 artists and artist duos will present works that are on the one hand concerned with aesthetics and the rhetoric of incorporation and, on the other, about forms of exclusion that occur therewith. The show brings together painting, sculpture, photography, lighting and video installations, that form a network of thematic references; the unifying element will be the suggestive confrontation with appeals for the collective participation on the side of either the majority or minority. 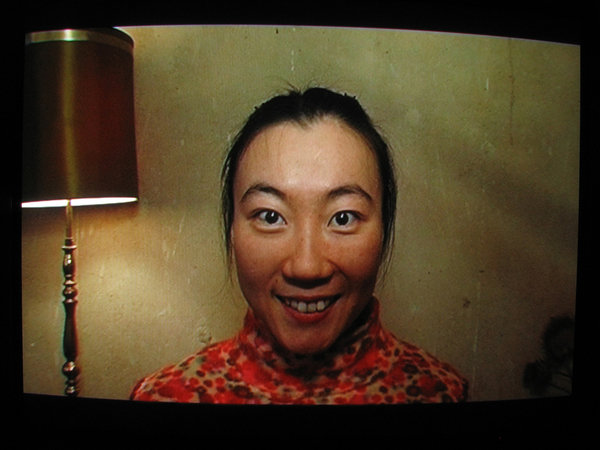 From 10th July to 4th October 2009, the Frankfurter Kunstverein will present the group exhibition "Gemeinsam in die Zukunft" (transl. "Together into the Future"), relating to artistic investigations into the relationship between society and community, group and the individual. Thirteen artists and artist duos will present works that are on the one hand concerned with aesthetics and the rhetoric of incorporation and, on the other, about forms of exclusion that occur therewith.

With "Gemeinsam in die Zukunft" the German 'super-election year 2009' is taken as a current newsworthy peg on which to hang the show and will have, as its central theme, the gap between collective and individual interests. Holger Kube Ventura, the new director of the Frankfurter Kunstverein and curator of the exhibition explains the background to his opening show: "This gap becomes clearly perceptible, particularly in the run-up to parliamentary elections, when political programmes are sharpened on empty campaign slogans and election phrases".

This year, many Germans will step before the voting urns, like seldom seen previously. The European Parliament election in June determines this year's electoral calendar, along with several local and state elections as well as the vote for a new Federal President in May. Besides festivities of the 60-year-old jubilee of the Federal Republic of Germany and the 20th anniversary of the fall of the Berlin Wall, the political highlight in the 'super-election year 2009' is the German federal election at the end of September. As they approach, the media will be controlled even more than before by appeals, slogans and catchphrases, used by both representatives of society as well as critics.

In the face of such a background, "Gemeinsam in die Zukunft" focuses on diverse phenomena, in which promises directed towards the future would serve to unite the many voices into a singular rhetoric. Thus the exhibition title "Together into the Future", an empty phrase from the time of the German reunification, is a play on the frequent abstraction of political areas of development into general slogans concerning value.

The exhibition brings together artistic works of various media (painting, sculpture, photography, lighting and video installations) that form a network of thematic references across the entire exhibition space of the Frankfurter Kunstverein. The unifying element will be the suggestive confrontation with appeals for the collective participation on the side of either the majority or minority.

The work of Johanna Kandl and Martin Conrath & Marion Kreißler, is dedicated to the visualisation of the rhetoric of political power as well as the gap between the thought of the state and the tangible realities of life. While Johanna Kandl paints her everyday scenes with political slogans or economic contrasts, Conrath & Kreißler investigate the continuity of political propaganda. The artist duo presents, for example, historical advertising slogans of the 1970s in comparison to those of current election posters.

The video installation SuperSmile (2007) by Effie Wu, and the photo series Wir (2008) by Rabea Eipperle are conversely suggestive of the self-expression of groups or individuals and their relationship to the observer. The incantation of media images and vocal rhetoric as well as how they function, is presented by Bjørn Melhus, who appears as an American television preacher in his video installation Weeping (2001).

The video piece Der Augenblick (2008) by Michaela Schweiger revolves around moments of social inclusion and exclusion. In an uninhabited desert landscape a person approaches a group of unknown people. While approaching, this person makes possible experiences of different scenarios from a common future, similar to those a traveller would make when arriving in a strange new society.

And to conclude, Petra Gerschner develops in the restaging of her project History Is a Work in Process (2008), perspectives for subversive collective action and the search for political potential in artistic strategies.

An extensive program of workshops, artist talks and lectures accompanies the exhibition.

"Gemeinsam in die Zukunft" is made possible by the kind support of the Dresdner Bank – A Brand of Commerzbank AG.