In & Out of Amsterdam

Travels in Conceptual Art, 1960-1976 examines approximately 120 works by ten artists relating to travel and the city of Amsterdam. The featured artists include Bas Jan Ader, Stanley Brouwn, Hanne Darboven, Jan Dibbets, Ger van Elk, Gilbert & George, Sol LeWitt, Charlotte Posenenske, Allen Ruppersberg, and Lawrence Weiner. On the second floor, "In & Out of Amsterdam: Art & Project Bulletin, 1968-1989" is organized around the 156 bulletins published by Van Beijeren and Van Ravesteijn through Art & Project and often thought of as exhibitions in their own right. 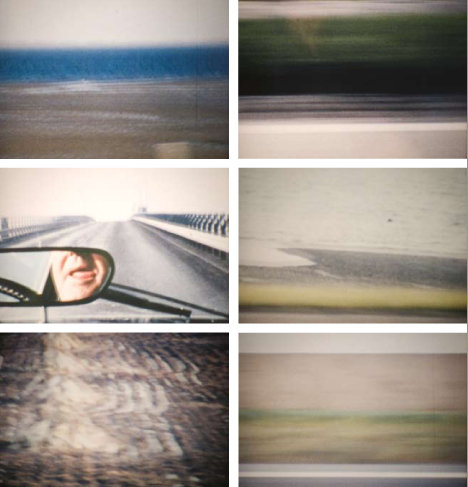 In & Out of Amsterdam: Travels in Conceptual Art, 1960-1976 examines approximately 120 works by ten American and European artists relating to travel and the city of Amsterdam, with the majority of works on view for the first time in the United States. The featured artists include Bas Jan Ader, Stanley Brouwn, Hanne Darboven, Jan Dibbets, Ger van Elk, Gilbert & George, Sol LeWitt, Charlotte Posenenske, Allen Ruppersberg, and Lawrence Weiner. This exhibition focuses on conceptual art practices in the period between 1960 and 1976, when the city of Amsterdam was a nexus of intense art activities, and artists converged there, attracted by innovative museums, an up-and-coming gallery scene, progressive sociopolitical policies, and by the city itself. At the same time, many emerging Dutch artists sought opportunities to live and study abroad, both in England and the United States, while maintaining connections to their home, and often making work in response to it or introducing international artists to the Dutch capital.

In & Out of Amsterdam follows an important precedent set by MoMA nearly 40 years ago with the landmark exhibition Information (1970), organized by Kynaston McShine. An early recognition of Conceptual practices, it marked an important moment in the history of art, and In & Out of Amsterdam revisits that moment by focusing on the role of a particular city through which many of these international artists passed—with six of the ten artists in the current exhibition also having participated in Information.

In & Out of Amsterdam includes loans from important public and private collections, but draws heavily on the 2007 gift to the Museum of a major collection assembled by Geert van Beijeren and Adriaan van Ravesteijn, founders of the renowned Amsterdam gallery Art & Project (1968-2001). Comprising more than 230 works now housed across five curatorial departments in MoMA, the Art & Project Gift has greatly reinforced the Museum’s holdings of Conceptual art. The ten artists featured in the exhibition were also each well connected to Van Beijeren’s and Van Ravesteijn’s acclaimed art space.

MoMA’s exhibition is divided into two sections—in the third floor Special Exhibition gallery, In & Out of Amsterdam: Travels in Conceptual Art, 1960-1976 is organized around the ten featured artists, and includes loans from public and private collections. The exhibition examines the cross-influences between Dutch and American art scenes at this time, with the mobility of the artists exemplified by the prints, bulletins, posters, mail art, artists’ books, and ephemera included in the exhibition. Many other works similarly deal with notions of travel and mapping through drawings, installations, and films. Dutch artist Ger van Elk trained in Los Angeles at this time, where he was soon rejoined by his fellow countryman Bas Jan Ader. Jan Dibbets moved from the Dutch provinces to study in London, where he met the British artists Gilbert & George who, reciprocally, presented important early works in Amsterdam. Other American and European artists including Hanne Darboven, Charlotte Posenenske, Sol LeWitt, and Allen Ruppersberg also spent considerable amounts of time in Amsterdam, often producing works in direct relation to the city. The exhibition presents the work of two artists previously unrepresented in MoMA’s collection, Bas Jan Ader and Stanley Brouwn, who were arguably some of the most important figures of European conceptual art.

MoMA’s Third Floor exhibition begins and ends with the American artist, Lawrence Weiner, who first traveled to Amsterdam in 1963 and later established a temporary residence there on a houseboat. Weiner will install a site-specific design element relating to the city of Amsterdam, which was commissioned for the Museum and transforms MoMA’s third floor corridor leading into the exhibition. The exhibition concludes with his second site-specific work, the presentation of a work from 1970, IN AND OUT. OUT AND IN. AND IN AND OUT. AND OUT AND IN, with the words from the title presented on four windows overlooking West 53rd street and visible from the street level as well.

In the Paul J. Sachs Prints and Illustrated Books Gallery on the second floor, In & Out of Amsterdam: Art & Project Bulletin, 1968-1989 is organized around the 156 bulletins published by Van Beijeren and Van Ravesteijn through Art & Project and often thought of as exhibitions in their own right. Each bulletin—which was generally a single sheet of paper, folded in half, printed on both sides, and mailed around the world—was designed by artists including Richard Long, Marcel Broodthaers, Alighiero e Boetti and the ten featured artists, among many others, throughout the 20 years which are the focus of this exhibition. Groupings of work by specific artists within the Art & Project Gift, such as Robert Barry, William Leavitt, and Sol LeWitt, are interspersed with the bulletins.

SPONSORSHIP:
The exhibition is made possible by MoMA’s Wallis Annenberg Fund for Innovation in Contemporary Art through the Annenberg Foundation; Sue and Edgar Wachenheim Foundation; Mondriaan Foundation, Amsterdam; and Jerry I. Speyer and Katherine G. Farley. Additional funding is provided by Stichting Over Holland and the Consulate General of the Netherlands in New York.

The accompanying publication is made possible by The International Council of The Museum of Modern Art.

PUBLICATION:
In & Out of Amsterdam: Travels in Conceptual Art, 1960-1976 includes essays by an array of scholars, accompanied by lively illustrations and documentary photographs that illuminate the city’s significance as a cultural center and reveal the unprecedented role that bulletins, posters, mail art, and other ephemera played in the artists’ discourse. An illustrated timeline, bibliography, and checklist round out this unique volume. In & Out of Amsterdam is published by The Museum of Modern Art and is distributed to the trade through Distributed Art Publishers (D.A.P) in the United States and Canada, and through Thames + Hudson outside North America. It will be available in July 2009 at MoMA Stores and online at www.momastore.org. Hardcover. 9 x 12 in.; 170 pp.; 435 ills (385 color). Price: $55.00. ISBN: 978-0-87070-753-7

The Museum of Modern Art
This conversation examines the international networks of conceptual artists in the 1960s and ‘70s, focusing on three cities: Amsterdam, Los Angeles, and New York. Dutch artist Ger van Elk will be joined by Allen Ruppersberg and Lawrence Weiner, from Los Angeles and New York, respectively.
Christophe Cherix will moderate the discussion.

The Museum of Modern Art
Artists Jan Dibbets and James Welling will discuss their varying approaches to conceptual art and photography.