When in the late 70s Alfonsas Budvytis (b.1949) appeared with his first works, the Lithuanian photography was dominated by the portrayal of the rural mode of life and its appropriate realistic world outlook. Until this time, he was greatly concerned about the inclusion of social aspects into artistic creation. 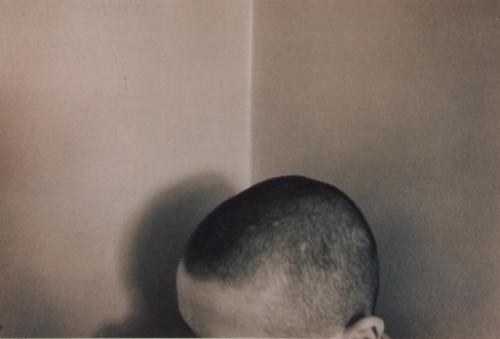 How the Other Half Lives

When in the late 70s Alfonsas Budvytis (b.1949) appeared with his first works, the Lithuanian photography was dominated by the portrayal of the rural mode of life and its appropriate realistic world outlook. Until this time, he was greatly concerned about the inclusion of social aspects into artistic creation. A direct critical depiction of political situations did not exist in the Soviet photography of the period. Therefore, even the studies of social themes meant indirect but suggestive critique easily comprehensible for society of the day.
The socially critical allegories of such character emerged as early as the thaw period - in the late 50s - in the photographs by Antanas Sutkus and Aleksandras Macijauskas.
Everyday life with everyday troubles returned to their works, the photographers questioned the doubtful progress and unfolded the lack af elementary welfare. These photographers, as tireless observers made an attempt to preserve the "passing world" - certain types of people and their way of life - by way of fixing it in the photograph. Budvytis created part of his photographs in such tradition in the 70s and early 80s.
Together the majority of his works speak of the importance of not only social but also psychoiogical aspects. Subjectivism and the sensation of the absurdity of existence play no less active role here. The most mundane, usual situations hide in themselves their scary dark side, provoking anxiety.
The pictures document, remind and draw attention to details and simultaneously do not yield to full deciphering. The scenes under observation lose their everyday character. Everything, what should be clear and familiar requires new interpretation, which in its turn cannot be also consistent and monosemantic. In the photographs, people look lonely, deserted. In the crowd everyone is in a hurry in a group or group of two, the personages are seldom linked by a common act or discussion, the attention is frequently focused on a lonely figure.
The figures in vast space look tiny, whereas a close observation often shows them to be squeezed into a corner or their silhouettes start to rub away in the reflection of light.
A great role belongs to the manipulation with light which is suggestively dramatized.

In the series Ward No 7 (The Psychiatry, 1984) Budvytis was one of the first to criticize the shadow sides of the Soviet society and its antihumanity not through realistic metaphors, but directly destroying the taboo of themes.
However the interpretation of theme here is not sirnple and monosemantic. These pictures reflect the state of hospitals - the poor state of the premises, equipment and maintenance. But the main attention is concentrated on the tragic fate of the patients and the hopelessness of their state. The ruthiess diagnosis intertwines with sympathy and seems to become a melanchoic ode about the fate of the "prodigal son". (Dr. Raminta Jurenaite)