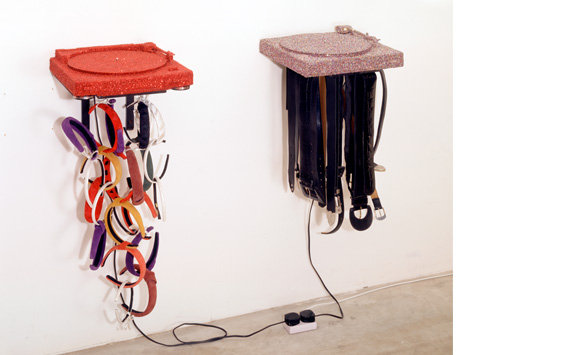 Of all the art forms in Britain, sculpture is widely regarded as the most inventive and innovative. Over the decades the pace with which it has evolved to incorporate new materials, new forms and new ideas has been unmatched. With this exhibition, Tim Marlow provides an opportunity to trace the key moments from the mid 20th century to today.

From coloured steel in works by Anthony Caro, to Barry Flanagan’s soft fabric, sculpture is seen in a state of perpetual revolution. Gilbert & George proclaimed themselves to be Living Sculptures and made photo-based work for publications called ‘Magazine Sculptures’. Richard Long removes constraints of scale simply by walking in the landscape, and bringing back the evidence in text and photographs. Tony Cragg, Bill Woodrow, and Richard Deacon - the New Sculptors - re-introduce the urban landscape by giving scrap and other scavenged street materials unexpected new life, the 20th century equivalent of metaphysical poetry. This growing confidence with the exploration of materials can also be seen in Rachel Whiteread’s monumental casts and Rebecca Warren’s works in unfired clay.

A series of publications will accompany the exhibitions, including British Council Collection: Passports selected by Michael Craig-Martin, which is available to purchase at the gallery bookstore or online at Cornerhouse.

Following on throughout 2009 and early 2010, two further guest curators will present displays drawn from the British Council Collection. The fifth and final exhibition will be the result of an international competition, which the British Council and the Whitechapel Gallery are organising to provide an opportunity for aspiring curators worldwide to select a display of works from its collection.

You can find out more about the Fifth Curator competition on the British Council Collection website.
http://collection.britishcouncil.org/about/news/2210/2212

The British Council is the UK's international organisation for cultural relations and educational opportunities.