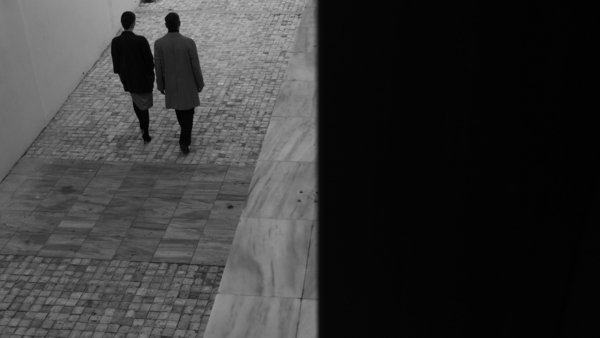 Expanded Ecologies. Perspectives in a Time of Emergency

In the framework of the thematic exhibition series Public Space and Social Networks, the National Museum of Contemporary Art organises its first exhibition in outdoor public space. The exhibition Expanded Ecologies. Perspectives in a Time of Emergency deals with issues related to the current ecological problem. The exhibition does not focus on a specific environmental theme; rather, it seeks to expand the concept of ecology and to approach it through contemporary artistic production, to provide a space for reflection on this complex issue. It adopts the "expanded" interpretation of ecology, according to Guattari, who speaks – in his book The Three Ecologies – of a new ecosophy, based on three different ecological registers: the environment, social relationships and human subjectivity. Guattari`s ecosophy does not involve divisions such as nature and culture, nature and man, human species and non-human species; it deals with diverse aspects of ecological thought and action – the environmental, the mental, the social, the political.

Realised at a time when ecology is at the centre of international interest, the exhibition seeks to expand the framework of reception for concepts such as the environment and environmentalism through "post-environmentalist" awareness. It does not propose a correct, "green" agenda; instead, it takes for granted that today`s ecological crisis is a complex global phenomenon, directly related to economy, society and culture. The participating artists have not created works "for" the environment but, rather, works which encourage us to think over the social, political and cultural condition, as well as the relationship of the urban and the natural environment; the individual, nature and society; nature and technology; architecture and ecology.

The exhibition showcases work by 27 mostly Athens-based artists, architects and artist collectives who propose works for the outdoor public spaces of the Athens Conservatory. The exhibition is cast in the form of an open narrative that juxtaposes themes and approaches pertinent to the many-sided issue of ecology. It features sculptural and sound installations, in situ works, evening video projections, landscape interventions, participatory and community-based projects.

Until 6/9/2009
Curated by Stamatis Schizakis

The National Museum of Contemporary Art, Athens, presents the first solo exhibition of George Drivas titled (un-)documented realized from the 12th of June until the 6th of September 2009. The exhibition is part of EMST’s policy for the support and promotion of young creators. The exhibition presents for the first time the trilogy Social Software (2005-2009) which includes the works Beta Test, (2005), Case Study (2007-2008) and Development Plan (2009), the work Closed Circuit (2005) and most importantly the new work titled Empirical Data (2009) co-produced by EMST.

George Drivas, one of the most important Greek artists of the younger generation, creates narrative videos that consist of black and white digital photos, intertitled text, music and sound. The result, a hybrid work, combines written text together with cinematic and photographic characteristics. His aesthetic brings to mind classical cinematography, with strong references to modern architecture and an "aesthetic of surveillance" since most of his photographs appear as if have been shot from the viewpoint of a hidden observer. With photographic technical mastery and an objective, almost scientific language, Drivas narrates stories that touch upon the subjects of alienation, social integration, the promise and the disappointment from interpersonal relations in a society of surveillance.

George Drivas was born in Athens in 1969. He graduated in 1994 from the National & Kapodistrian University of Athens with a degree at Political Science and in 1998 with a Masters Degree in Film and Media Studies from Freie Universitat in Berlin. He has participated in the National Museum of Contemporary Art, Athens , exhibitions Transexperiences Greece 2008 in Beijing and In Present Tense, Young Greek Artists. He has participated and awarded in a number of international festivals, such as the VII Media Art Forum, XXVII Moscow International Film Festival (MIFF) (2nd Prize), the 1st Zebra International Poetry Film Festival in Berlin (2nd Prize) and at New York EXPO, New York exposition of film and video shorts (Jury Award for Experimental Short Film). He lives and works in Athens and Berlin.

This exhibition presupposes a prevalent museological strategy today, which invites us to rethink the collection – a museum’s heart – as a constantly shifting field of new relationships among works, or, to quote the contemporary thinker Homi Bhabha, in terms of "transitionality" and translation. Through the process of cultural translation, the original intentions of the works move and relocate in new interpretative environments; their history is re-read under new conditions; new narratives, identities and meanings emerge; past and present are reconstructed, one within the other. Through such a dynamic perception and mobility, the collection emerges as an open reality in the intermediate space between past and present, and the translation, the ongoing crossing of the dividing lines, the only feature that allows it to survive.

In this context, the exhibition heart in heart seeks, first of all, to create a narrative space of approach and coexistence for works and artists in the permanent collection – a new, temporary, metaphorical habitat. Through contemporary and earlier works that converse, conflict, store memories and touches, and in any case open up to new readings and identifications, heart in heart enables to establish often clandestine and hidden connections among the works as well as a narrative which conceals and at the same time reveals through the images and the words of others. The viewer is invited to penetrate into the secrets and encrypted messages of the exhibition, using the key provided by his own sensitivity and experience as well as by the works themselves, by what they say and what they pass over in silence. Hidden codes, personal diaries, autobiographical narratives, intimate confessions, love letters and stories, fears, desires and emotions enable us to explore an emotional topography where the private intersects with the public as well as to question their dividing lines nowadays.