Liverpool Biennial is one of the most important public art agencies in the North West and the UK's contemporary art biennial, the largest contemporary art festival in the nation. For each festival, dozens of international artists are invited to create new works in locations throughout Liverpool and hundreds of the best British artists compete for accolade through the John Moores prize for contemporary painting and New Contemporaries exhibition. Additional exhibitions, presented through a thriving independent scene, mean that for 10 weeks every two years Liverpool is the focus for contemporary art in Britain. 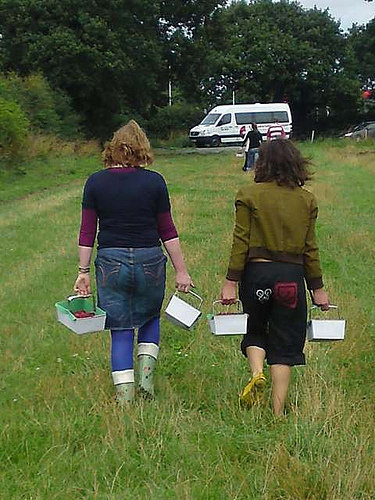 Liverpool Biennial is one of the most important public art agencies in the North West and the UK’s contemporary art biennial, the largest contemporary art festival in the nation. For each festival, dozens of international artists are invited to create new works in locations throughout Liverpool and hundreds of the best British artists compete for accolade through the John Moores prize for contemporary painting and New Contemporaries exhibition. Additional exhibitions, presented through a thriving independent scene, mean that for 10 weeks every two years Liverpool is the focus for contemporary art in Britain.

Liverpool Biennial is also creating art in the public realm that is attracting worldwide attention outside of the festival period. Antony Gormley’s Another Place is one of the most popular attractions in the North West and reports of Richard Wilson’s Turning the Place Over were broadcast on CNN international, BBC News 24, BBC, ITV, and other local and national radio and print media. Liverpool Biennial is project managing Channel 4’s Big Art Prize project at Sutton Manor and will deliver another major public art piece in Liverpool in early 2009.

Liverpool Biennial is by nature a partnership organisation. Our strength in partnership is in creating synergy using the arts, our expertise and good practice. Within Liverpool, the North West and beyond we utilise our unique capacities to work with artistic, political, economic development and educational organisations to create a range of artistic, social and economic benefits through partnerships that produce results greater than the sum of the individual effects or capabilities of the partners.

The art that Liverpool Biennial produces and the effect that it has on communities is profound and far reaching. By providing art that is inspirational and aspirational in a city that is unique, resonant and recognised around the world, the Biennial is putting meaning and quality into personal perspectives. Along with our partners, we understand that art inspires debate, communication, creativity and engagement and the Biennial undertakes activity based on these qualities to create personal, social and aesthetic growth.

Liverpool Biennial commissions and presents art of international quality that enriches the lives of people in our communities--providing learning, satisfaction, environmental improvements, confidence and security. With our arts partners we develop the arts infrastructure and the professional landscape for artists and curators. Our public and private sector partnerships build better communities and stronger economic results.

Our core value—Go Further—is about ensuring that whatever Liverpool Biennial undertakes leads the field, is cutting edge and challenging. The art that we present should always seek to create new social and intellectual spaces and the partnerships that underpin this should do the same.

The programme and service include:

A competition has been launched in order to gather the world’s best ideas for a moveable structure which will be based around the Liverpool to Leeds Canal. Five artists, architect practices and urban designers have been shortlisted in a competition to build a spectacular moveable structure based around the Leeds to Liverpool Canal in South Sefton.
Out of nearly a hundred entries, the architects from across Britain and Europe were chosen by a panel of judges as part of the Waterworks Project which is part of the Housing Market Renewal Art for Places scheme.

The five competitors will produce more detail about their proposals as well as a model, with all five proposals being exhibited in late Summer. A winner will then be chosen in September.

The Art for Places project aims to integrate public art into development areas within the NewHeartlands HMR programme reflecting the identity of a particular place or community. Eventually three public art commissions will be created across Merseyside’s HMR areas, one in each of the local authority areas of Liverpool, Sefton and Wirral. The project is a partnership between NewHeartlands, the Liverpool Biennial and the Arts Council along with local authorities and Housing Associations.

The Sefton commission, provisionally entitled Waterworks, is the first project to be developed for Art for Places.
The five shortlisted entries will be exhibited during Urbanism, 16 –20 September, at St Winnie’s School, Bootle, Liverpool.

Kerry Morrison - Wild and Productive
Artist Kerry Morrison’s project aims to document the wildlife, habitat and environs of the Leeds and Liverpool canal from Seaforth through to Bankhall over a twelve month period.
The project will involve a year of: investigation, mapping, happenings, action installations, dialogue, partnership working, community engagement, interventions, semi permanent (growing) installations, text, and journals.
Kerry is working with botanist Dr Alicia Prowse and physical geographer Emily Fallows on this project. From Jan – June 2009 the residency will be based from the Ideas Shop in Seaforth, and from July – Dec 2009 from St.Winefrides and St.Richards school alongside the canal in Bootle.

David Bade - Portrait DNA Archive
David Bade is an international artist from Curacao. His project, Portrait DNA Archive, provides a framework for creating portrait snapshots of a community at a specific moment in time.
David initiated his project in February 2009 from the former Post Office in Seaforth Village. During this time David invited Seaforth residents to have their portraits painted in a one to one intimate exchange. Portraits made were then brought together in two large scale canvas paintings illustrating the people of Seaforth. 12 large details of the paintings are now on show in the entrance ramp to Seaforth station. The paintings themselves will be sited in the public realm in Seaforth village during 2009.
David will return to Seaforth in July, when he plans to create a floating artist workshop and gallery space for the Leeds and Liverpool canal; The BadeBoat.

Danilo Capasso - EBN Residency
Artist and architect Danilo Capasso from Naples is currently in Liverpool for three months as part of a residency programme funded by the European Union. He is working together with journalist and events designer Diana Marrone to create an urban intervention, Portoallegro, at Bank Hall Marina on the Leeds-Liverpool Canal in North Liverpool.

Maciej Kurak
Maciej Kurak is a young Polish artist who creates playful interventions in abandoned and derelict urban spaces. He has been invited to develop a major new work along the canal in north Liverpool.

Local Solutions - Watersports Activities
Could the Leeds and Liverpool canal become a resource for local people to use in north Liverpool and south Sefton as it previously was in the 50’s?

Kitchen Monument
Between Sunday June 8th and Thursday June 12th, the Kitchen Monument took root in various locations across Bootle and South Sefton. A fantastic week of events in the Bootle and South Sefton areas of Merseyside was presented in collaboration with German architect practice raumlaborberlin, and saw a diverse range of people gather to eat together, and discuss and challenge issues and ideas raised in their communities.

Walks and Talks
Alongside the Residencies and Art Commisions that are taking place as part of Art for Places Sefton, Liverpool Biennial have designed a programme of 14 walks and talks that compliment and expand on some of the ideas.