The solo show 'Same Same' premieres a series of new works by the artist. She investigates media culture using the language of the entertainment industry, including pop music, television and Hollywood films. Straddling the sometimes ambiguous terrain between art, entertainment and consumerism, she edits, re-contextualizes or otherwise re-interprets familiar elements of our mediated mass culture landscape to produce aesthetically dazzling and critically engaging multi-channel installations. 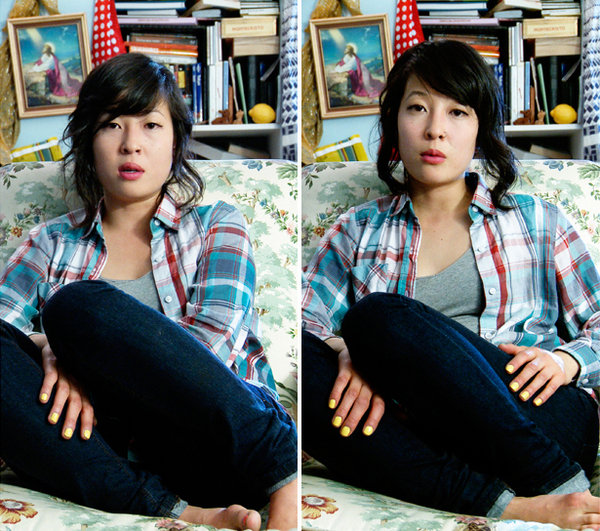 The Power Plant presents Candice Breitz, for her first North American survey exhibition. Candice Breitz: Same Same also premieres a series of new works by the artist, shot in Toronto, focused on identical twins and produced by The Power Plant, in tandem with the show. The new series titled Factum was fundamental to the project from the outset, the primary commission in 2009 of a program The Power Plant launched in 2006 to facilitate production of significant new works.

Candice Breitz investigates media culture using the language of the entertainment industry, including pop music, television and Hollywood films. Straddling the sometimes ambiguous terrain between art, entertainment and consumerism, she edits, re-contextualizes or otherwise re-interprets familiar elements of our mediated mass culture landscape to produce aesthetically dazzling and critically engaging multi-channel installations. In addition to being technically accomplished and conceptually rich, Breitz’s works engage a wide range of participants and audiences from diverse backgrounds thanks to their committed engagement with the codes of popular culture.

This question of how an individual or group can articulate unique aspects of their experience within the received parameters of popular culture became the curatorial rationale driving the selection of works included in this survey. As Breitz herself says, “We are to some extent condemned to living scripted lives, scripted in the sense that we must work with the language that pre-exists us and try to make it specific to our own experience.” Throughout her accomplished career, Breitz’s work has consistently explored strategies of self-fashioning and the performance of identity.

The exhibition’s title derives from an expression of Thai origin: “Same, same, but different,” which relates strongly to Factum and also to the body of work presented in the exhibition. Works include: Four Duets (2000), which considers sameness and difference in relation to four renditions of the archetypal love song, produced from the 1960s to the 1990s; Becoming (2003), where Breitz introduces the consumer of popular culture as a subject in the form of herself to explore the way ideals of femininity and desirability are produced through Hollywood “chick flicks;” and Legend (A Portrait of Bob Marley) (2005), the first of a series of multi channel portraits of illustrious pop stars such as Marley, via performances by groups of their fans. The exhibition also presents Him + Her (1968–2008), where Breitz focuses solely on the celebrity icon, and in particular the identification processes that are both produced and enabled through popular cinema, restricting herself exclusively to performances by Jack Nicholson and Meryl Streep.

Factum, named after Robert Rauschenberg’s near-identical paintings Factum I and Factum II (both 1957), focuses on identical twins and one set of identical triplets as subjects. Each individual was recorded in isolation from their sibling, but when presented side-by-side one can see the dynamic between their identical appearances (the result of identical genetic codes) and their similar upbringings, and the distinct individuality they each still manage to develop despite these “scripts” of nature and nurture. Factum reflects on the relationship between the individual and the double. The meta-narratives that Breitz presents break with conventional documentary by interweaving twin stories in a rhythm that alternates between harmony and discord. As with all of the works presented in Same Same, Breitz’s process is a crucial element in her exploration of the myriad factors, both genetic and received, which bounce off each other to determine the performance of any identity.