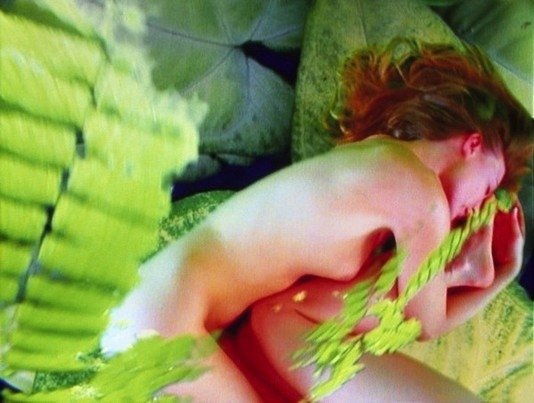 Pipilotti Rist creates intense visual worlds where sensual visual narrative merges with meditative soundscapes. The works are a Paradise that the artist invites her viewers to enter.

Elixir comprises six audio/video installations. They transform Kiasma's fifth floor into an immersive space where visitors can lie back on pillows and let themselves be carried away on the flow of images and music. The artist hopes that Elixir will be true to its title and serve as medicine for the mind - to care, nourish and energise.

Pipilotti Rist has been working with moving image since mid of the 1980s. Her work has been influenced especially by experimental cinema, television imagery and pop music. Rist's ambiguous and sometimes provocative video works have delighted and amazed audiences in solo shows as well as international art exhibitions, including the Venice Biennale.

Work by Pipilotti Rist has previously been showcased in Kiasma at the ARS01 exhibition and in an exhibition featuring a single installation at the turn of 2003-2004. The artist also has works in Kiasma's collections.

The exhibition is organised in cooperation with the Boijmans Van Beuningen museum in the Netherlands.