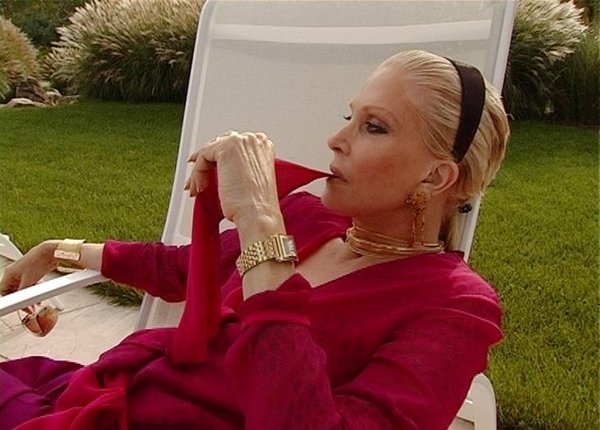 Although the exhibition Golden Agers & Silver Surfers focuses on a certain age group and target population, it develops a dialogue that involves all age groups. Aging is a phenomenon of societal relevance that is given pictorial reflection in the visual arts. While the art of our time mirrors the yearnings and desires of humankind, it also has something else to propose, something proprietary and, perhaps, strange, which stands in juxtaposition to our societal reality.

The fact that western societies are aging is of demographic relevance. People live to a higher age, they stay fit and healthy for a longer time, and they are claiming more self-determination for the so-called “third age”. Twenty years from now, the baby-boomers are going to seek retirement. Western society will probably consist of a majority of people over the age of 60. People born today have a 50 percent probability of living to the age of 100. What is the future of people who have increasingly longer life-spans? Futurologist David Bosshard believes that there are many indications that the inventors of the youth culture will also be the founding generation of a new age culture. It is already a fact that future “golden agers” will experience a completely different reality: they refuse to get old and are committed to a rigorous regime of “power aging”. They lead active lives and do sports. They travel, consume, care for their body and are as exposed to the pressure of competitive beauty as younger people.

Until the early 20th century, old age had a permanent place in art history as a subject for artists. After all, old age represented values such as achievement and wisdom. Whoever managed to get old was considered successful, intelligent or smart, and enjoyed a heightened image in society because of their greater experience of life.

It was in the Renaissance that artists started to turn away from the image of age: that period’s interest in the here and now was not only linked to a secularisation of culture but also to a growing glorification of youth. This being said, Hans Holbein the Younger, drew the viewer’s attention to old age in his portrait of the 88-year-old John Chambers, personal physician to the English king, with the prominent inscription "ETATIS SUE 88".

In 16th century Venice, old age meant even more than any other stage of life. Venerable old age dominated most of the body politic and was also portrayed in a great number of paintings created in Venice at the time – a particularly impressive point in case being Tintoretto’s Old Man and Boy. Since the beginning of classical modernism and especially since the rise of the generation of 1968, old age has disappeared almost completely from the iconography of art – which is in paradoxical contrast to the social virulence of the issue. This is why we want to invite artists who have explored the image of old age and aging in different manners and also reflect on the societal issues.

The exhibition Golden Agers & Silver Surfers covers a broad and international range of - particularly young - artistic stances to illustrate this discrepancy. Some artists approach mortality in an essayist or symbolic manner (Gabriela Gyr, Melli Ink, Bruno Jakob), others explore the processes involved in aging (Charlie White, Julika Rudelius, Keren Cytter), or – quite literally – inscribe age on their young bodies (Miwa Yanagi). Some artists deal with the institutions in our societies that have been established for old people (Anna Winteler, Thomas Müllenbach), others with the individual or personal idiosyncrasies of age (Gitte Villesen). The fact that we need new standards for aging becomes very clear in the work of a young generation of painters. With a fresh brushstroke and a humorous twinkle, Paul Pretzer and Ryan Mosley bring the age issue back from its iconographic marginalisation.