From Byzantium to Istanbul

The city of Byzantium, which became Constantinople and then Istanbul, is a place where cultures have met and mingled from the outset. An intersection for roads across both land and sea, as the excavations carried out in 2004 during tunnelling work for the new underground network have shown. The exhibition gives a chronological description of the main stages in the city's history and brings together about 300 objects from Turkish, French and international public collections. 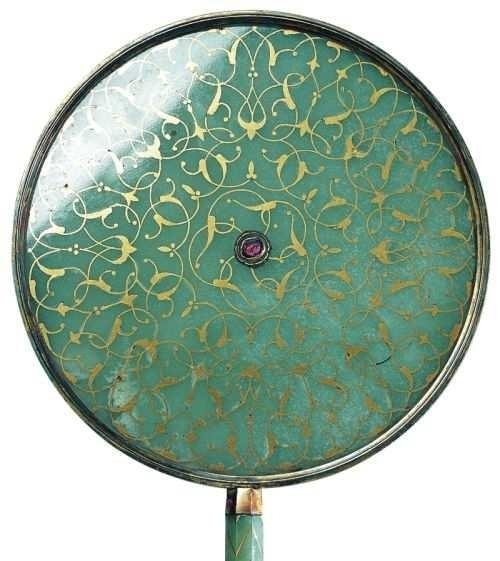 An exhibition organised by the Réunion des Musées Nationaux and Istanbul Foundation for Culture and the Arts (IKSV) as part of La Saison de la Turquie en France (July 2009 – March 2010) Exhibition under the distinguished patronage of Mr. Nicolas Sarkozy, president of the Republic of France.

The city of Byzantium, which became Constantinople and then Istanbul, is a place where cultures have met and mingled from the outset. An intersection for roads across both land and sea, as the excavations carried out in 2004 during tunnelling work for the new underground network have shown. The exhibition will give a chronological description of the main stages in the city’s history. The site has been occupied since the Palaeolithic era and owing to the Bosporus it became the theatre of major migration flows from the Balkans to Anatolia. Evidence of a port on this site over the last eight thousand years is the sign of an eminent, prosperous marketplace situated midway on a north-south trade route. The economy and everyday life in Byzantium, which was founded by the Greeks in the seventh century BC, were conditioned by its position. Roman occupation did not change its identity but the garrisons were a source of activity.

In 330, after the scission between the Eastern and Western Roman empires, the city became a capital named Constantinople in homage to the Emperor Constantine. Its position as a commercial, political, military and religious centre was steadily consolidated until the late Middle Ages. It is still an ethnic melting pot today. The modernised ancient city with its port, new city walls, thoroughfares, forum, Hippodrome, palace, church of St Sophie was completed by the Venetian and Genoese enclave at Galata. The “Latin invasion” during the Fourth Crusade established Western rule between 1204 and 1261; after a period of restoration, the empire gradually shrank around the city, which fell to Sultan Mehmed II in 1453.

Mehmed II the Conqueror wanted a city that would dominate East and West and be the capital of a new Muslim empire. Under his reign and that of his successors – Beyezid II, Selim I and Suleyman I the Magnificent – Christian buildings were converted to the customs of Islam, starting with the Hagia Sophia. A sustained construction policy led to a new palace and a fort on the eastern side of the Bosporus, as well as mosques and medressa. The face of the city changed as the Ottoman Empire expanded.

However Christian communities remained and the city was still cosmopolitan. In the temporal sphere, official ceremonies, processions, religious festivals, hunting Mirror, end of 16th century, beginning of 17th century, jade, Ruby, Gold, Topkapi Palace Museum © Topkapi palace Museum parties, the reception of ambassadors and grand princely events are abundantly attested and illustrated. The everyday life of the people of Istanbul is also known through objects related to the trades and commerce, music, land and sea transport, religious practices, etc. The gradual rapprochement between Istanbul and the West brought about changes in military and social customs. This evolution can be seen in clothing and in the extension of the city along the shores of the Bosporus, where the new palaces of Dolmabahçe, Beylerbeyi and Çırağan were built.

The exhibition brings together about 300 objects from Turkish, French and international public collections. As an epilogue, a special place will be kept for the port of Theodosius, recently discovered on the Yenikapi site in central Istanbul, a station in the planned underground railway to link the European and Asian shores of the Bosporus.