The Melancholy Sort of Thing

7 Monographic Exhibitions. The museum's fourth floor features some thirty canvases by the painter Erik Bulatov, whose pictorial style is a throwback to the art of the first Russian avant-gardists. On the second floor, the museum has brought together for the first time an important part of Alain Huck's recent work, very large format charcoal drawings that mark a turning point in the artist's output. Mamco is also proud to present on its first floor four individual exhibitions highlighting works on paper by the Genevan artist Marc Bauer, Pierre Olivier Arnaud, Patrick Neu and Cathryn Boch. Finally, with Trois sur trois, Mamco concludes its three-part show devoted to the films of the Lithuanian artist Deimantas Narkevicius. 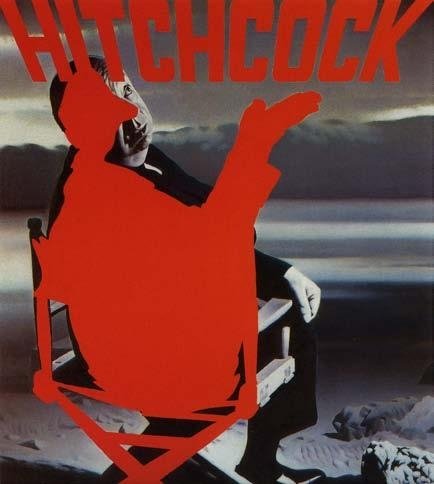 With the series L’Espèce de chose mélancolie (The Melancholy Sort of Thing)*, Mamco has taken on an autumnal tone. The museum’s fourth floor features some thirty canvases by the painter Erik Bulatov, whose pictorial style is a throwback to the art of the first Russian avant-gardists. On the second floor, the museum has brought together for the first time an important part of Alain Huck’s recent work, very large format charcoal drawings that mark a turning point in the artist’s output. Mamco is also proud to present on its first floor four individual exhibitions highlighting works on paper by the Genevan artist Marc Bauer (recipient of the 2009 Manor Culture Prize), Pierre-Olivier Arnaud, Patrick Neu and Cathryn Boch. Finally, with Trois sur trois (Three out of Three), Mamco concludes its three-part show devoted to the films of the Lithuanian artist Deimantas Narkevicius.

Mamco’s exhibition featuring the work of Erik Bulatov (Sverdlovsk, Russia, 1933) boasts some thirty works on canvas and paper from the late 1970s to the present. Although he trained in Moscow’s art schools, the painter remained aloof from official activities in the fine arts during the Soviet era. He was quite close to a small group of artists (to which his friend Ilya Kabakov belonged) that developed artistic forms on the margins of Socialist Realism. Before leaving Russia and settling in France in the early 1990s, Bulatov had already taken part in several shows abroad. Today he is considered one of the major artists of his generation.

Bulatov engaged in a number of different pictorial experiments, defining his personal style in the late 1960s. His vocabulary has its sources in both a reinterpretation of early-20th-century avant-garde movements and the Russian tradition of landscape painting. His works combine figurative depictions, such as masterfully executed landscapes or images of blue skies, with typographic elements. While his use of writing recalls the Russian Constructivists and Soviet propaganda, Bulatov is especially interested in the visual impact of words that, through the effects of tension they introduce, act like dynamic structuring elements in the painting.

Like Bulatov, Alain Huck (Vevey, 1957) has been given an entire floor at the museum. He has taken the opportunity to show an important group of recent works, very large format black-and-white charcoal drawings that have a striking presence. Until the early years of this century, Huck’s output was rather wide-ranging and included drawing, sculpture, installation and video. Following a period when he sensed a great emptiness in his existence, Huck returned to drawing, which seemed to him to be the best medium for developing his work, taking a stand in life, and translating into art his fears, relationship to the body and feelings toward society. Starting in 2006 he began working in very large formats. The resulting charcoal drawings are the artist’s obsessive theater. Harboring great complexity, they are obscured by the dark veil of anxiety and loss. Haunted by shadows, pierced by words, these recent pieces express the artist’s doubts and fears before the great power of language.

On Mamco’s first floor, four separate exhibitions are devoted to works on paper. Marc Bauer (Geneva, 1975) is this year’s winner of the Manor Culture Prize, a prestigious award for young Swiss artists. To mark the occasion, Bauer is showing a group of new drawings. Whether in the form of videos, objects or drawings, Bauer’s pieces exist in the field of narrative and bear with them the grayness of memory. The artist’s work is one of remembrance, investigation and rewriting of the past, taking as his starting point personal memories or family stories that he connects at times with historic events. But beyond biography, his drawings cast a critical light on society with images that compromise morality and the social order.

Though couched in a very different style, the drawings of Cathryn Boch (Stasbourg, 1968) are also fraught with the weight of memory. The artist maintains an intensely close relationship with these works. At the start of a piece, she lets some emotion or thought guide her, her body being the “raw material of form.” Her gesture is brisk, tormented. She scratches and abrades the drawings, covers them in acid, runs threads through them. At times the images are diluted, stretched out, blurred to the point of obliteration. All that remains are mere traces of images, “like so many stigmata questioning our view of the world and being.” The bodies she draws suggest childhood, sex, abandonment and more generally violence done to the female body, a violence that is both historical and generic.

Pierre-Olivier Arnaud (Lyon, 1972) creates photographic images that seem to be bathed in a gray mist. Whether he uses pictures shot during one of his strolls or found images, the artist drains out the colors of his photographs to obtain a range of grays. If we add that he is fond of the iconography of the day-to-day world, of anonymous architecture and abandoned sites, that he prints out his photos on an offset printer and exhibits them pasted directly on the wall, it should be fairly easy to guess that Arnaud cultivates an “art of the meager,” the very opposite of classic photography. Through this approach, the artist questions the validity of the image and our relationship to it.

Finally, the gallery devoted to works by Patrick Neu (1963) is certainly singular. The artist, a native of Lorraine, is showing some sixty watercolors of irises, along with several objects sculpted in crystal. The iris series stands apart in the work of this artist, who is better known for his delicately carved objects. Neu likes to work with materials of great fragility, “materials so fragile they hang the threat of permanent damage over the works embodying them” (Didier Semin). Pieces of smoked glass on which Neu executes extraordinarily precise drawings, delicately engraved butterfly wings, translucent armor carved in crystal — so many objects demanding exceptional manual virtuosity and mental dexterity. Along with sculpture, he also practices watercolor on paper each year, painting the succeeding stages of irises in bloom. Like a portraitist, Neu captures with minute precision each detail of this delicate flower, from fresh bud to fading bloom.

Partners and sponsors
Mamco is directed by Fondamco, which is made up of the Mamco Foundation and the Canton and City of Geneva. Fondamco would like to thanks all of its public and private partners, with special thanks to:Alain Choisy / la FNAC /Fondation Coromandel / Fondation Valeria Rossi di Montelera / Fondation Hans Wilsdorf / Fondation 1796 / Hôtel La Cour des Augustins / JTI / Sotheby’s.