The fair for photography will feature 102 exhibitors who present a worldwide panorama of photographic expression from the 19th Century to the present day. The 2009 edition stands out for its geographical diversity and a sense of discovery: 23 countries are represented. The central exhibition unveils a selection, curated by Catherine David, of rare studio photographs from the archives of the Arab Image Foundation in Beirut. The other components of the project are a selection of 8 galleries who present the work of emerging artists from the region and a series of videos. 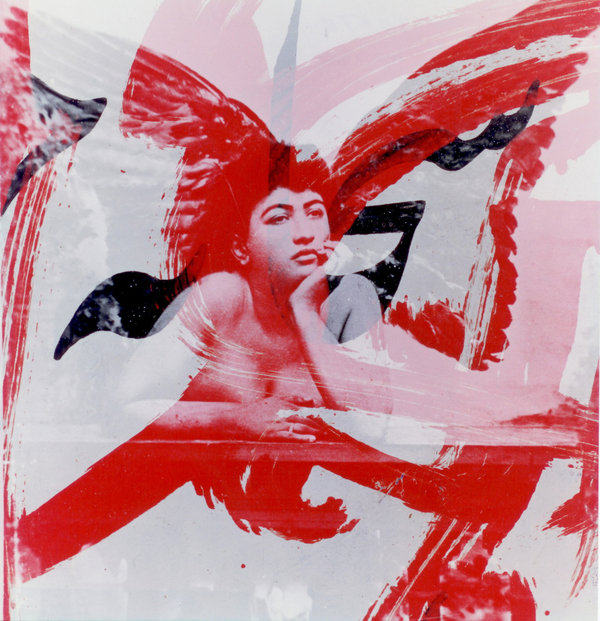 Held at the Carrousel du Louvre from 19th to 22nd November Paris Photo, the world’s leading fair for 19th Century, modern and contemporary photography will feature 102 exhibitors including 89 galleries and 13 publishers. With 75% of selected participants coming from 23 countries, the 2009 edition is remarkable in terms of its geographical diversity. With 11 galleries Germany is first among the foreign participants, followed by the United States with 10 galleries, the United Kingdom (7), the Netherlands (6), Japan and Spain (5 galleries each), Italy (3), two each from South Africa, Denmark the United Arab Emirates, Finland, Tunisia, and finally one for Austria, Belgium, China, South Korea, Hungary, Portugal, Russia, Lebanon and Morocco. France is represented by 21 galleries, among which several newcomers make their debut such as La B.A.N.K, Patricia Dorfman, Dominique Fiat, Françoise Paviot and la Galerie RX.

With 31 first-time participants, the emphasis in this year’s selection is placed firmly on renewal and an up-and-coming generation of promising young galleries such a Motive from Amsterdam, Kuckei+Kuckei from Berlin, Nusser & Baumgart from Munich, or Pente 10 from Lisbon. They come alongside established and prestigious names such as Goodman Gallery, South Africa’s historic gallery founded in 1965, and Munich’s Fine Old Masters, a regular at TEFAF Maastricht. In addition, Denmark’s Bo Bjerggaard is back while both Robert Koch Gallery of San Francisco and Toni Tapiès of Barcelona are coming for the first time.

An unprecedented exploration of the Arab and Iranian scene
In 2009, Paris Photo proposes to undertake an unprecedented exploration of photographic practices in the Orient. Photography arrived in the region in the 19th Century. It has become the dominant medium in what is today a diverse and autonomous contemporary art scene that is now attracting considerable interest internationally. Catherine David, Director of Documenta X at Kassel in 1997 and the author of numerous exhibitions and publications on Arab contemporary artistic production, will present the major characteristics of this emerging and poorly documented scene, in three parts. First is the Central Exhibition showing a selection of rare images from the collections of the Arab Image Foundation in Beirut. The Statement section will provide an overview of emerging talent form Tehran to Damascus, Beirut to Cairo and Tangiers to Dubai.
Finally, the Project Room will offer a programme of video screenings, testimony to the growing interest for the dynamics of this medium among the artists of the region.

The Statement section presents a number of emerging talents from the region - from Tehran to Damascus, Beirut to Cairo, Tangiers to Dubai...

At the same time, a number of Western galleries in the general section will be presenting the work of established Arab and Iranian artists such as Abbas Kiarostami at the London gallery Purdy Hicks, Abbas on Iran at Magnum Gallery, Morocco’s Yto Barrada at Polaris, Egypt’s Youssef Nabil at Michael Stevenson, the Palestinian Taysir Batniji at La B.A.N.K and Lebanon’s Fouad El Khoury at Tanit. Other galleries have chosen to show Western visions of the East, in particular some of the earliest examples of orientalist photography presented by Baudoin Lebon, Serge Plantureux and Hershkowitz. Also on show will be the work of contemporary artists such as Gabriele Basilico on Beirut, Philippe Chancel on Dubai, Lars Tunbjork on Oman etc.

The 2009 BMW- Paris Photo Prize
The BMW-Paris Photo prize is designed to support contemporary creativity and is awarded once a year to an artist/photographer for his or her work on a theme related to BMW France’s advertising campaign. For its sixth edition, the prize, reserved for artists represented by galleries participating in Paris Photo, will reveal the best in contemporary photography with work on the theme “When was the last time you had a unique experience?" The winner will be chosen from among the short-listed artists whose work will be on display during Paris Photo. The €12,000 prize will be awarded during a ceremony on Wednesday 18th November.
The 2009 Jury:
The jury is presided by Philippe Dehennin, President of BMW France
Robert Delpire, Photographer and publisher, Paris, TJ Demos, Art critic and writer, London, Matthias Harder, Curator and Director of the Helmut Newton Foundation, Berlin, Manfred Heiting, Collector, Los Angeles and Sandra S. Phillips, Senior Curator of Photography at the San Francisco Museum of Modern Art.

What’s happening in Paris during Paris Photo:
This November, Paris Photo coincides with several major photographic events in Paris: “Michael Kenna, retrospective" at the Bibliothèque nationale de France - "The Subversion of Images, Surrealism, Photography, Film" at the Centre Pompidou - "August Sander: Seeing, Observing, Thinking" at the Henri Cartier Bresson Foundation - "Delpire & Cie" at the Maison européenne de la photographie - "Federico Fellini, La Grande Parade" at the Jeu de Paume. In addition, the Middle East will be the main focus of exhibitions such as "Palestine, creation in all states" at the Arab World Institute, "Djân, Body and Soul" at VU Gallery, "150 years of Iranian Photography " at the Musée du Quai Branly, or "Iran 1979-2009: Between Hope and Chaos, 30 years of Iranian Documentary Photography" at the Monnaie de Paris.