A moment of citizenship 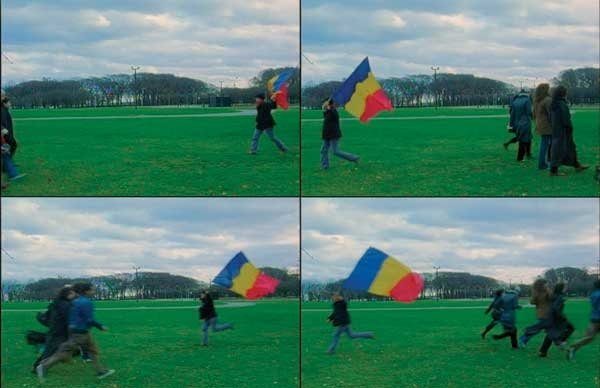 In her work Irina Botea tries to reinterpret the images of History produced by media, and to develop sympathy with the more or less active protagonists of historical situations to which our only access is now through the media.

This exhibition was part of the second edition of the annual Satellite programme in Jeu de Paume (Paris, june -september 2009), featuring two videos: Auditions for a Revolution (2006), and a new work, jointly produced by MNAC and Jeu de Paume, Before a National Anthem (2009), a bitterly ironic work devoted to the creation of a new Romanian national anthem.

Until 8.11. 2009
HORIA DAMIAN
Event organized under the Patronage of the President of Romania, Mr Traian Basescu
Organized by: The Ministry of Culture, Religious Affairs, and National Patrimony, MNAC Bucharest, Embassy of Romania in France, Artiliad Gallery Paris