From the survey of recent video productions in Austria the archive offers to an exhibition of works that regards time as a malleable material unfolding in space. The show explores the experienced fusion of reality and virtuality through a mise-en-scene of reality: more than thirty artists selected from the ursula blickle videoarchiv. 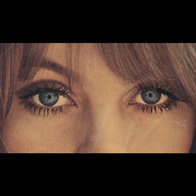 Machines to crystallize time . . . do not represent the world, but crystallize it through the contraction and extension of time and thus contribute to its constitution.
Maurizio Lazzarato

No extended compilations, no long-winded documentaries, and no string of black boxes! Videorama: from the panoramic view aimed at grasping everything in a world inundated by pictures and controlled by cameras, in which going around with blinkers increasingly seems to offer itself as an adequate reaction, to the concentrated video, to an “I see” attitude – as the word translates from the Latin. From the survey of recent video productions in Austria the archive offers to an exhibition of works that regards time as a malleable material unfolding in space. In the twenty-first century, man’s daily arena is one of mediatized spaces, the “reality,” as theorists call it – be it the traditional media like telephone, radio, TV, and cinema or the Internet, Facebook, and blogs, which have since long wormed their way into our lives and merged with our physical existence. A steady stream of moving images will also make the visitor of Videorama reel. The show explores the currently experienced fusion of reality and virtuality through a mise-en-scène of reality, through a blending of exhibition room and time artwork perceptually suggested by the presentation.

Apart from its entertainment value in feature films and music videos, the moving image’s crucial role is that of a messenger conveying information, an illustrator of news, and it is even regarded as a disruptive element in public and private space. Like no other medium, the motion picture and the art clip depend on apparatuses, on technological achievements and their rapid developments. Videorama strives to present an attitude toward pictures and technology which does not make us close our eyes, but makes us see again by revealing the moving image’s artistic value. It is pivoted on the dialectics between visual overload and aesthetic concentration, on an immersion in spaces of experience in parallel to a sensitization and fine calibration of the perceptual apparatus. The show, which will travel internationally from Vienna, assembles Austrian video and film works most of which date from the past ten years, as well as various first screenings like those of Walter Seidl’s topical interpretation of Lessing’s political Enlightenment play about Emilia Galotti with a text by Elfriede Jelinek. Relying on both sophisticated and simple means, the artists included in Videorama film, animate, document, and often work with existing pictures from the field of art or the everyday world. The candle of Franz Schubert’s animation lights the way into the exhibition, recalling Gerhard Richter’s great art and Sonic Youth’s realm of pop culture. Thomas Draschan, BitteBitteJaJa, and Axel Stockburger sample fragments to arrive at a new whole that unfolds as a digital montage in orchestral juxtapositions or sequences. Daydream Nation’s – in its double meaning – moving images, like those of Rudolf Polanszky and Axel Stockburger, may sometimes reveal absurdities far beyond the accepted and draw on the eccentric and the world of outsiders. Working expressively, Mara Mattuschka/Gabriele Szekatsch create narratives in lusciously designed theatrical settings suggesting an aesthetic between science fiction and historical retrospect; Unternehmen Arschmaschine oscillates between a stage for presentation and a space of the imagination. Rainer Ganahl also endows his filmic worlds with a surrealist atmosphere, incorporating sculptural elements – ceramic pistols, marble dildos, dysfunctional drinking vessels – into his nonsense epic. Markus Schinwald performs a balancing act between different genres: theater, dance, tableaux vivant, and film. Johannes Hammel is concerned with a performative mise-en-scène of the body, defining the relationship between man, his surroundings, and action in dance-like constructions and posing questions concerning forms of self-control, control, and discipline. Granular Synthesis and Dariusz Kowalski transcend optoacoustic stimuli to enter partly painful spaces of experience and precisely examine the interrelationship between image and sound. Leopold Kessler and Stermann & Grissemann always adhere to their provocative approach when they question social conventions and subtly undermine norms.

The pictures shown in Videorama go against the tide of the times in a sometimes perfectionist, sometimes trashy way, and often, like Erich Wurm’s contribution and Anna Jermolaewa’s Affentheater, evince a definite sense of humor that hits the nail on the head. Pictoriality at its best!

Publication: A German and English DVD with a booklet edited by the Kunsthalle Wien – Gerald Matt, Angela Stief, and Gerhard Johann Lischka – will be published by Benteli Verlag to accompany the exhibition.

ursula blickle videoarchiv: The exhibition draws on the ursula blickle videoarchiv, which was opened in March 2007. The project is based on a cooperation between Ursula Blickle Stiftung, Germany, the University of Applied Arts Vienna, and Kunsthalle Wien. A public institution whose visitors enjoy free admission, the video art archive not only grants easy access to its works for all those interested in the field, but also provides a research facility for students, art historians, and curators concerned with the medium. Conceived as a digital media library and an academic and curatorial space of practice, the archive offers competent information on the most recent tendencies in video art. Its focus is on contemporary Austrian art from the mid-1990s until today. With about 1,500 works by 400 artists, the archive provides visitors with a representative survey of Austria’s current
video production. Presently, the archive comprises a total of 2,500 works by 900 artists.

Award ceremony: The winner of the ursula blickle video prize 2009 will be presented on Wednesday, 4 November 2009, at 7 p.m.