in Public and Private Collections in Slovenia 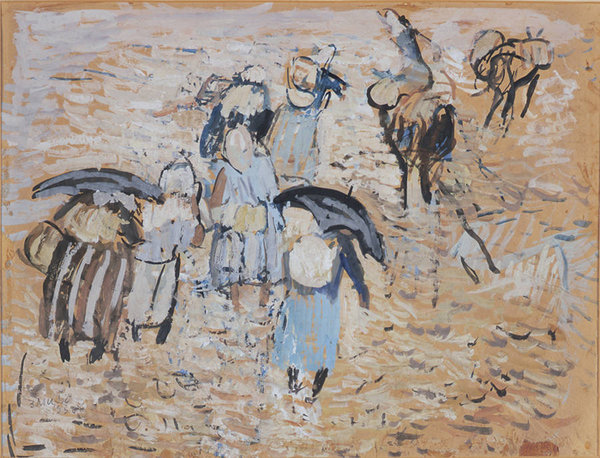 The Moderna galerija/Museum of Modern Art, Ljubljana reopened on Tuesday, 24 November 2009, with the exhibition Zoran Mušič in Public and Private Collections in Slovenia. Later this year, renovations will begin on the museum's new premises, in the former Yugoslavian army barracks on Metelkova Street. Moderna galerija is going to divide its activities between the two buildings: the Museum of Modern Art, which remains in the main building, and the Museum of Contemporary Art, which will be housed in the new building. While the idea of the Museum of Modern Art is based largely on the national tradition of modern art, the Museum of Contemporary Art is intended to have more of an international orientation; its core collection is the Arteast 2000+ Collection, which strongly emphasizes Eastern European neo-avant-garde tendencies and at the same time creates a dialogue with other cultural spaces.

Zoran Mušič (1909–2005), one of the most eminent Slovenian modernist artists, lived the second half of his life between Venice and Paris. He literally shocked the expert art community in the early 1970s, and became internationally acclaimed, with his series of paintings and prints We are not the Last, based on his memories of imprisonment in the Dachau concentration camp.

This exhibition includes over 140 Mušič's works, presenting a retrospective cross-section of his oeuvre, exclusively with works from public and private collections in Slovenia. The exhibition curator is Breda Ilich Klančnik. There is also an extensive exhibition catalogue (in Slovenian and English variants) and related visitor programs.

The conference focuses on the meaning of the radical in times of crisis. It explores the radical through the notions of micropolitics and transversality. It poses questions: what is the relationship between social movements, institutions, and alternative practices of institutionality; why can new politics emerge only beyond the state, parties, and traditional labor unions; how is the crisis of the university manifested in society; how do new public spaces and their protagonists undermine the prerogatives of capitalist urbanization; how do art and artistic practices elude the trappings of representation; how is it possible to think about ruptures and utopias today; how can "wanting now" become possible and on what can life beyond capitalism rely?

The conference is in English.
More information and the program at: http://www.mg-lj.si/node/478

The admission is free, but reservations are recommended. Please contact: info@mg-lj.si