Gezellig: Matthew Day Jackson uses highly personalized techniques to develop a multifaceted body of work, including sculptures, drawings, video, and performance. Oh Happy Days! by Bernard Frize: the most intriguing thing about Bernard his paintings are that their indisputable beauty and appeal are the result of a cool, mechanical production. A group exhibition features Lionel Esteve, Kolkoz, Xavier Veilhan, Ivan Argote, Daniel Firman and Mathieu Mercier. 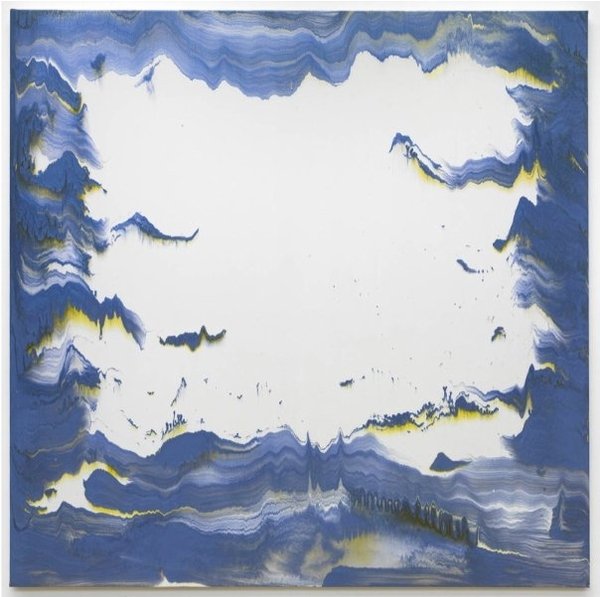 The Gallery Emmanuel Perrotin in Miami is organizing the exhibition Matthew Day Jackson Gezellig from December 1st, 2009 to January 9th, 2010. Gezellig is a word that defies direct translation in English, yet denotes a certain sense of familiarity, closeness, or the idea that something is known beneath the surface.
Gezellig is manifest in images of cowboys silhouetted against desert sunsets, the swish of Coca-cola, the sound of Harley-Davidson, or the blast of air under Marilyn’s dress. Gezellig evokes a feeling of ‘togetherness’ and can be projected on all situations that give us this cozy/safe feeling. Matthew Day Jackson uses highly personalized techniques to develop a multifaceted body of work, including sculptures, drawings, video, and performance. Jackson’s work handles with precision the art of retrieving different objects and heterogeneous materials, from salvaged wood to high tech NASA equipment. His sculptures make reference to the history of sculpture, for example Brancusi, and the history of painting, from Bosch to Reinhardt. Jackson’s anachronistic retelling of historical events illuminates the possibility of the past being alive in the present. However, the past is only re-animated, similar to being undead.

The artist has often said, “comfort is proof that the devil exists.” In this context, comfort seems to point to the same media symbols that act as cultural unifiers and work to create a false sense of community. This is perhaps the American sense of gezellig. Jackson presents two monumental paintings entitled Looking Down Yosemite Valley and Donner Lake (2009), each one measuring more than 3 x 4 meters. The pieces are made from the ubiquitous material Formica, a symbol of modern comfort by way of plastic on wood paneling. Historically Bierstadt’s paintings were the quintessential images of the American west. They were images of a “promised land” and of a space that was nearly akin to heaven. The use of Formica in the paintings is about locating the conversation around the notion of the domestic interior. Formica is a material that hides the cheap substrate that supports it; it is a material of illusion. Cheap, durable and “looks like the real thing”, Formica gives us gezellig.

The two paintings operate as a backdrop to two sculptures, In Search of the Miraculous and San Fernando Light (one cubic foot), which are meditations on the idea of ex- ploration. However, throughout human history, the land and atmosphere being explored are generally subsumed by the culture and atmosphere of the explorer. This could be thought of as an occupation.

San Fernando Light (one cubic foot) is a sculpture built from Plexiglas in three tiers whose volume is determined by a Fibonacci sequence. Jackson has used the Fibonacci sequence, expressed both through drawing and sculpture, to suggest ideas of the never-ending and the always-expanding. The bottom box of the sculpture holds a scale model of the corner of a house built to building code to create one cubic foot of interior domestic space with electricity. This tier of the sculpture houses Red, Orange, Yellow, Green, Blue, Indigo, and Violet (ROYGBIV) neon lights, which bring the conversation to the idea of “visible light”. Also, the material of neon lighting is an expression of the 24-hour consumer culture. The top of the sculpture is a box in which Jackson has lit fireworks and let them burn the inside of the box. Perhaps this is a meditation on atmosphere, safety, spirituality and conformity to the standards of the society in which we live. The artist was born in the San Fernando Valley, and continues to draw upon west coast American culture.

Jackson has said, “...there is no community, we do not evaluate ourselves in the similarities we share with our neighbors. There is no standard of gezellig, there is only the bar of success presented by our neighbors so that we know the bare minimum of achievement.”
Another sculpture entitled In Search of the Miraculous steals its title from a famous trilogy of works by Bas Jan Ader, during which he died while attempting to set a world record for crossing the Atlantic Ocean in the smallest sailing vessel to date. In Search of the Miraculous is a bronze cast of a life raft that was made by NASA as a prototype for the Mercury space missions. This raft saved astronaut Scott Carpenter and the mission of the Aurora 7 in 1962. The artist bought it in an auction at Bonham’s in New York City. The poetic power of the raft is found in the fact that it was meant both to orbit the earth and to float safely on the sea; essentially navigating two “outer-spaces”. It speaks of rebirth, coming back down to earth in a small capsule and landing alone at sea; the astronaut as a newborn infant. Reborn to a new world through the constant expansion of human experience, this idea speaks of the predominance of performance in American culture. Jackson states, “Supported by the science, material and physics of Mother Earth, the raft allowed the individual to return safely to earth to report on his experience so that we can achieve beyond it.”

Born 1974 in Panorama City, CA Lives and works in Brooklyn, NY

The most intriguing thing about Bernard Frize’s paintings are that their indisputable beauty and appeal are the result of a cool, mechanical production. They are sequential performance setups that test the conditions under which the paintings come into being, namely as an implementation of a kind of automatic painting «without an author». The breadth of this analytical approach, which the artist has followed since the end of the 1970’s, is perfectly shown in the exhibition at Galerie Emmanuel Perrotin in Miami.

Suite Segond, 1980, radiates a luminous opulence as a series of circles, made from the cut off dried top layers of paint pots, are placed as a collage on to the canvas. Tunel, 2003, a dense curtain of paint, is made by the tracks of broad paintbrush strokes, manipulated by several people simultaneously.

Neolo, 2004, is also produced by the same repetition of gestures but in rows. The ink and acrylic paint, which were poured onto the canvas coated with a trans- parent resin for Broca, Equivalent 5 and Equivalent 6, combine to create a paradoxical space similar to the landscapes of Chinese paintings. Lastly Epir, 19997, Samuel, 1997 & Suite a Onze n°20, 2007 are structured by rigorous grids which use colours to discriminate the components of the patterns. Overall the exhibition, Oh! Happy Days gathers 10 paintings from different periods of time from the 1980’s to 2007 to show Bernard Frize’s exemplary work.

Bernard Frize lives and works between Paris and Berlin