74 artists from the Rubell Family Collection. This title comes from a quote attributed to Picasso: 'Good artists borrow, great artists steal'. While the question of artistic influence may not be new, what artists choose to borrow or steal, and from whom, is distinct in that it becomes a reflection of their own time. The show presents artists' attempts to build on the legacies of their predecessors as they present their own new ideas. Dan Flavin, Piotr Uklanski, Cindy Sherman, Takashi Murakami, Jenny Holzer, Jeff Koons... 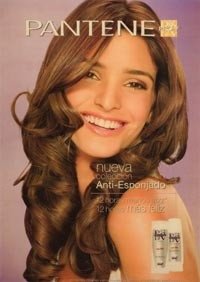 The Rubell Family Collection is pleased to announce their upcoming exhibition Beg Borrow and Steal. This exhibition will feature seventy-four artists. It will occupy all 28 galleries at the 45,000 sq ft museum and will be accompanied by a large-format 272-page catalog.

In 2005 the Rubells had a series of conversations with artists Kelly Walker and Wade Guyton, who talked about the generosity of some artists in the nature of their work. Walker and Guyton described how artists like Cady Noland, Andy Warhol, Marcel Duchamp and Richard Prince opened doors for other artists like themselves to walk through. The Rubells had never heard that opinion expressed as honestly before. This show was borne out of those conversations, and its title comes from a quote attributed to Picasso: “Good artists borrow, great artists steal.” While the question of artistic influence may not be new, what artists choose to borrow or steal, and from whom, is distinct in that it becomes a reflection of their own time. Beg Borrow and Steal presents artists’ attempts to build on the legacies of their predecessors as they present their own new ideas. Art about art and “stolen” imagery has fueled many an artist’s production, and this exhibition contains numerous landmark examples by internationally renowned contemporary artists.

Every show at the Rubell Family Collection is comprised entirely of work we own, and it is inevitably new acquisitions that provide the inspiration for these exhibits. The more recent work forces us to look at the rest of the collection in a new context, establishing new dialogues between artworks that we then make visible in the mounting of the exhibition. Usually, by the time we’ve traced a particular aesthetic, conceptual or social thread through to the late ‘60’s, where our collection begins, and beyond, we have gained a deeper understanding of the new work, its critical underpinnings, and its context in art history.

Today, something new is happening, and its meaning is not immediately evident to us. We know it has something to do with appropriation – of style, images, strategies, techniques, forms – in a way that is utterly different from the appropriation that preceded it: Marcel Duchamp, Andy Warhol, Sherrie Levine, Jeff Koons, Cady Noland, Richard Prince. Many of the newer group of artists deal with the multi-layered, explosively dense quality of the Internet and aspects of what has come to be known as Web 2.0 culture. We do not believe, however, that this new work simply reflects our current technological and social reality.

The most interesting contemporary art almost always engages with a future that is not yet known, and we believe this new work is dealing with that future. The same way Andy Warhol predicted our current culture of fame, artists today are working around something we are just beginning to understand. It has to do with information overload, time, the collapse of time, indistinct authorship, virtuality and intense individuality. In the future, there might be a simple explanation, but for the moment it is a glorious mess of things.

In this exhibition, we have 260 works by 74 artists of different generations. As collectors, we feel privileged to embrace that which is new or feels new and to put it into an art historical context we can identify. Critics, curators, scholars and time will bring form and a deeper understanding to this, but we are thrilled to be here now. Through 45 years of collecting, the present has always been our greatest inspiration.